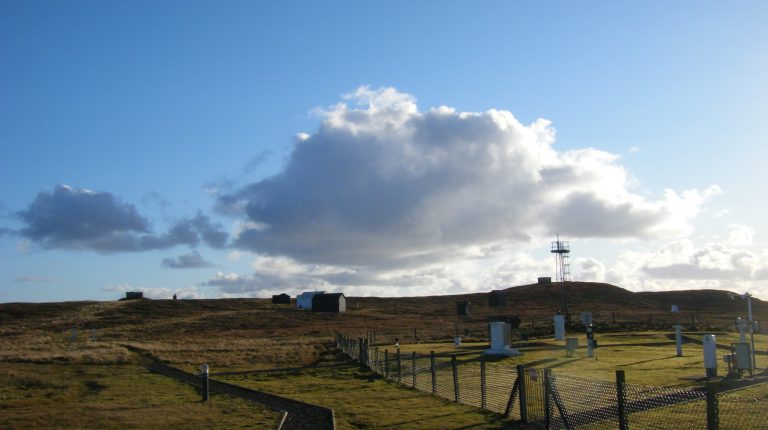 Nuclear bomb tests during the Cold War in the early 1960s may have contributed to increasing global warming, new research suggests.

These tests caused large-scale radioactivity, even thousands of miles from explosion sites, which in turn changed rainfall patterns.

A new British study published on Wednesday in the Physical Review Letters journal says the increase in radioactivity coincided with a similar increase in cloud thickness. This caused more rainfall on the days where high radioactivity was recorded, compared to days with less radioactivity.

The study, led by the University of Reading, relied on records dating back to between 1962-1964 from the Shetland Islands, 300 miles northwest off the coast of Scotland.

Although nuclear testing was conducted in remote areas, including the Nevada Desert in the US and on Pacific and Arctic islands, radioactive contamination spread across vast areas through the atmosphere.

“Electric charge has long been thought to affect how droplets in clouds interact and grow to form rain,” said Giles Harrison, the study’s lead author and Professor of Atmospheric Physics at the University of Reading.

He added, “These ideas have previously been very difficult to test in the real atmosphere and we have found a new way to approach it.”

Harrison told Daily News Egypt, “We chose to use historical data from the nuclear tests era to examine if charge affected clouds and or rain, because radioactivity releases charge in the air. Our results show radioactivity is associated with changed characteristics of the rainfall, showing more rainfall and a tendency towards heavier rain.”

The researchers calculated the amount of charge generated radioactively, to give an estimate of how much charge might be needed to influence clouds, Harrison said.

He added that the study’s findings indicate radioactivity is related to the changing characteristics of the rainfall towards causing an increase in it when the drops merge together.

“We calculated the amount of electric charge generated radiantly, to determine the amount of charge that might be required to influence the clouds,” Harrison noted.

The team used historical records to study atmospheric properties over a period of 150 days,  in the Kew area of London and Lerwick in Scotland. The results showed variations between the two regions in terms of rainfall and on the basis of proximity to radiation sources.

It was found that Lerwick recorded less rainfall, due to its being further away from radiation sources.

According to Harrison, the global effects of radioactivity released by nuclear weapons have far reaching repercussions for the next generation of scientists to see. This is especially as we now have an increased awareness of the environmental damage from these deadly weapons.

Why Syria is not the Cuban missile crisis of 2018

‘Mother of all bombs’ – what has it achieved?

Clinton v Trump: how will the Middle East be affected under a new administration?