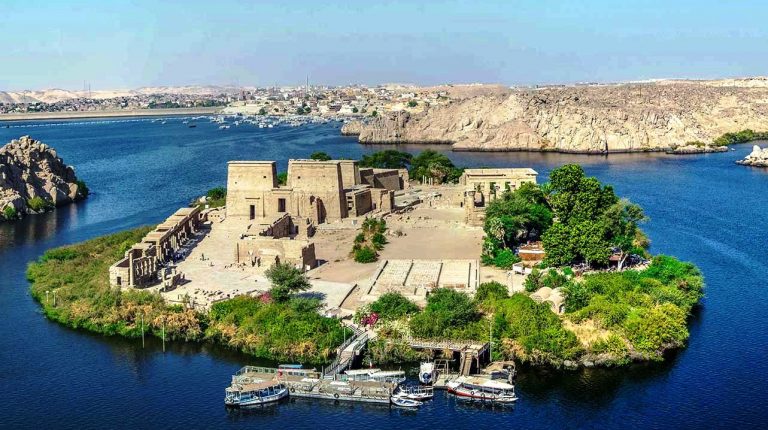 Climate change is not the only stressor affecting river ecosystems worldwide, according to a new paper published in the journal, One Earth.

They are, in fact, being threatened by an unprecedented range of stressors caused by the daily economic, social, and political activities, the paper suggests.

The study, published last Friday, investigated a range of global large rivers, including the Mekong, Brahmaputra, Amazon, Parana, Huang He, and Mississippi Rivers.

It has highlighted the multiple and complex effects of a wide range of stressors, including pollution, water abstractions, sand mining. It looked at the rates at which these factors influenced rivers across the world.

Researchers argue that the scale and rate of change of other stressors, rather than just climate change, is so large that they are frequently more immediate threats to system change.

These stressors can, in fact, compound and intensify the effects of climate change. For Egypt, effective governance is critical, alongside vital international cooperation in the River Nile’s management and its ecosystems.

Professor Jim Best, from the University of Illinois and co-author of the paper said, “For instance, the Aswan High Dam has controlled flow in the lower Nile for decades, and pollution from a range of sources is becoming ever more critical. Non-native species, such as the Nile perch, have also created ecological changes, and sand mining has been suggested as a threat to endemic species in [Ethiopia’s] Lake Tana.”

Talking to Daily News Egypt, Best noted that all of these stressors have to be viewed in the context of future water resource plans. These include potential development of the Jonglei Canal in South Sudan’s Sudd swamplands, which may produce significant changes downstream.

He added that the construction, filling and operation of the Grand Ethiopian Renaissance Dam (GERD) is creating severe political stresses in the region. The tripartite talks between Egypt, Ethiopia and Sudan remain ongoing.

“The GERD will have effects on flow and sediment flux in the Nile,” he said.

Best noted that the takeaway point for countries with trans-boundary rivers, such as those along the Nile, is that a holistic approach though international governance has to be the priority. Critically, it has to be associated with local, regional and national inputs to governance.

He also believes the necessity for trans-boundary countries and international bodies to devote attention and resources to the monitoring of rivers. This would cover their water and sediment flow, pollutants and ecologies, to establish baselines from which the amount of ongoing change can be properly assessed. Best added, however, that such basic data, which is also critical, still remain astonishingly lacking.

“The results of the paper are important, because rivers and deltas support so many people around the world. If we do not correctly understand the threats to these systems, there is a risk that we will apply incorrect solutions,” said Professor Stephen Darby, from the University of Southampton and co-author of the paper, “This could make the problem worse, or (at best) waste resources having ineffective interventions.”

Talking to Daily News Egypt, Darby highlighted the need to manage rivers and deltas in a holistic manner.

He stressed the need to mitigate and adapt to climate change, as well as to recognise that local pressures, such as pollution, water abstractions, sand mining.

Darby also noted that pressures expressed in distant parts of the river catchment upstream may have more important impacts, with a need for these causes to be addressed.

Egypt will be vocal in its actions if no GERD deal reached: Shoukry