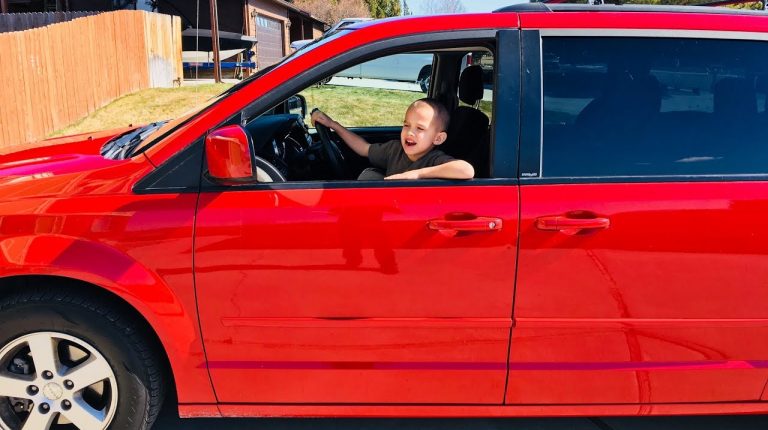 The sight of juvenile drivers zipping along at high speeds on Egypt’s roads has become a very ordinary, run-of-the-mill sight across the country. It all starts with the youngsters taking their parent’s car out for a joyride, but eventually ends in tragedy shattering the lives of many.

Egypt’s traffic laws, however, are seen as part of the problem, with few drivers facing any real punishments as a result of their actions or the damage they cause.

A father and his 15-year-old son were held in pre-trial custody earlier this month, after the latter snuck out with his father’s car to go for a joyride with friends. It ended in a fatal crash that left a 39-year-old woman, identified as Shaima, dead. Photos of the crash scene were circulated on social media, arousing an outcry.

“My sister and her friend were walking on their way to the supermarket when a vehicle came straight towards them at high speed, inflicting upon them serious injuries,” Ahmed said.

“Shaima died at the scene, and her friend was hospitalised with severe injuries to the leg,” he adds.

Ahmed noted that the vehicle was commandeered by an underage driver, and packed with as many as eight children.

Reacting quickly to the accident, the Attorney General released a statement on 4 June, charging the minor with vehicular manslaughter. The minor’s father was charged with allowing his teenage son to drive the car, and now stands trial on a misdemeanour charge.

The 15-year-old’s first hearing before the juvenile court was on 15 June, with a further session in which the court ruling will be announced, slated for the end of the month, Ahmed clarified.

This was not the first accident to occur on account of rash driving by juveniles, as a spate of familiar accidents has also ended tragically.

Four victims in one family

On 16 May, two siblings and two of their cousins in Assiut, all aged 7-12, were killed instantly after being fxatally struck by a car driven by a 15-year-old driver.

CCTV footage captured the moment a black hatchback vehicle accelerated hard along the suburban street. It inched out of a driveway before ploughing into the four children who were standing by the roadside fixing a bike.

The underage driver fled the scene of the accident, but was soon arrested along with his father.

On 22 May, the Attorney General referred the father and son to the criminal court for their indictment. Whilst the father was accused of child endangerment for letting his 15-year-old son drive his car and putting the lives of his son and others at risk, the son was accused of negligent homicide.

The prosecution interrogated four of the youngster’s friends, who were in the vehicle at the same time. The four youths acknowledged that their friend was driving at high speed, but that he had lost control whilst at the wheel, causing it to veer and slam into a motorcycle, lamppost, and the four children.

What the law says

The phenomenon of underage drivers has long been a cause for concern, but has only recently been a notable problem, traffic expert Major-General Magdy Al-Shahid told Daily News Egypt.

Al-Shahid puts the blame firmly on the traffic law, adding that it is in fact what exacerbates the problem.

“As in the situation of driving without a licence, the culpable driver could merit a fine of EGP 500, without harsh penalties as well, such as suspending or revoking the licence,” he added.

“We need to look at the situation in which a child has not caused harm to someone.”

Al-Shahid noted that, even if the child caused fatalities, it will be considered as a non-wilful murder.

According to Article 238 in Egypt’s Penal Code, any individual accused of ‘wrongful death’ could be sentenced to a six-month jail term or a fine of just EGP 200, or both.

If the accused is a minor, they will receive a reduced sentence and will be held in a juvenile correctional facility, Al-Shahid explained.

He clarified that, based on Article 80 of the Egyptian Constitution, minors, who are typically classed as anyone under the age of 18, cannot be held criminally responsible in the same way as adults.

However, the parent will bear the punishment for their child’s crime, by serving the same sentence in prison, he added.

Who is at fault?

The degeneration of values in some families means that children can face a moral struggle, according to Professor Mostafa Ragab, an educational expert and former Dean of Sohag University’s Faculty of Education.

Ragab puts the blame squarely on shoulders of the juvenile drivers’ parents, saying “they must be held accountable as they are the real culprits, not the children”.

Meanwhile, Ragab casts doubt on the performance of juvenile centres, which, he notes, do not provide exemplary treatment for children.

As a result, he called for introducing harsher penalties for traffic offences so that parents would be encouraged to be more cautious in monitoring their children and what they are getting up to.

Meanwhile, he urged for traffic awareness to be taught and more effective behavioural education programmes to be put in place at schools to ensure there is less of a problem with joyriding.

Traffic accidents leading cause of death among children, youth: Guterres

Sports Ministry launches Phase 2 of ‘Your Bike Your Health’ initiative