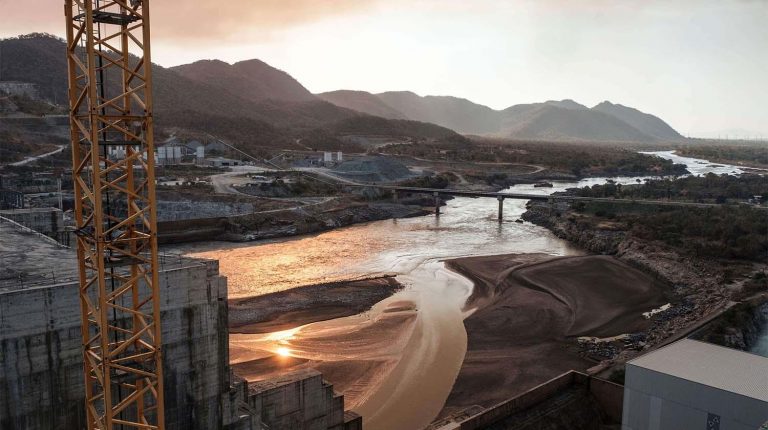 Egypt’s Ministry of Water Resources and Irrigation said on Friday that the three countries did not succeed in reaching an agreement in the Friday meeting, and several technical and legal points remain disputed.

On Friday, water ministers from the three involved countries held a virtual meeting online to address the filling and operation issues.

In addition to the AU’s Assembly Bureau, member states, representatives from the United States and the European Union participated in the meeting.

Last week, the AU brought together Egypt, Sudan, and Ethiopia’s heads of state and government, in a mini-summit to address the dispute over the Nile dam.

They agreed to form a technical and legal committee from Egypt, Sudan, Ethiopia, and members of the AU’s Assembly Bureau, to formulate a legal agreement on the GERD’s filling and operation, attended by a team of international observers.

Egypt, the most arid of the Nile states, and water scarce countries relies on the Nile for more than 90% of its water and already faces high scarcity, fears a devastating impact on its booming population of 100 million.

Filling the dam without an agreement could bring the stand-off to a critical juncture. The GERD saga has been ongoing since 2011, in another chapter of political attempts to settle the regional dispute over the dam, the United Nations Security Council (UNSC) convened on Monday for a special discussion on the decade-long issue.

Egypt hopes not to be obliged to re-refer GERD issue to UNSC: Shoukry

Disputed Nile dam talks continue for 4th day, but no deal yet