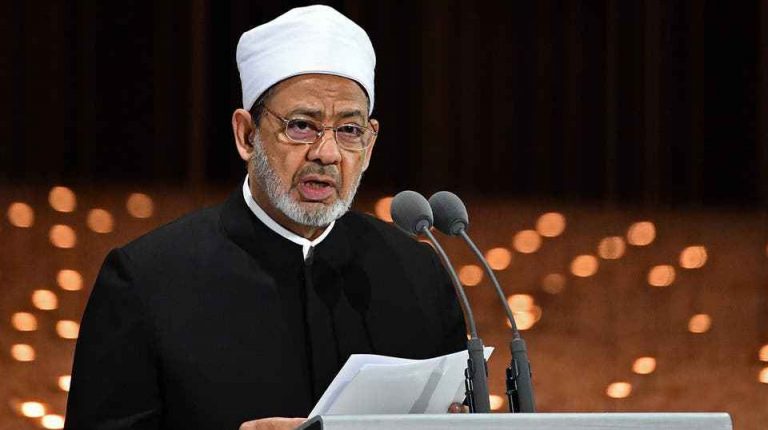 Grand Imam of Al-Azhar Sheikh Ahmed Al-Tayyeb has praised Egypt’s House of Representatives following its withdrawal of the Dar Al-Ifta draft law. He described the controversial law as contrary to the Egyptian Constitution and Al-Azhar’s religious role.

In a statement on Monday evening, Al-Tayyeb said that withdrawing the draft law proves Egypt respects its institutions, and ensures the independence of Al-Azhar, the highest Sunni Muslim institution in the world.

“The discussions that took place on the Dar Al-Ifta law was a healthy aspect of the Egyptian parliamentary life,” the statement said, “It also proved that Egypt adheres to the Constitution, and respect its institutions.”

On Monday, Egypt’s House of Representatives postponed the approval of the Dar Al-Ifta law. Al-Azhar has firmly rejected the new legislation, with the country’s administrative judiciary also noting that it contradicts the Constitution.

Parliament Speaker Ali Abdel Aal referred the draft law back to the religious affairs and endowments committee for study and review of comments received from the State Council.

Al-Azhar said that, if passed, the law would create a parallel entity to the bodies under Al-Azhar’s control, fragmenting its mission, and undermining the competence of its bodies.

Al-Tayeb sent a letter to Abdel Aal in which he requested to attend the plenary session that will discuss the draft law, if the parliament insisted on approving it.

The Grand Imam said that Egypt’s Constitution takes Al-Azhar as the main reference in the country’s Islamic affairs. It is also responsible for advocacy and the dissemination of religious sciences and the Arabic language in Egypt and worldwide.

He added that there is “no doubt that [the issuance of] fatwa is one of Islamic affairs and religious sciences, in which the matter is referred to the supervision of Al-Azhar.”