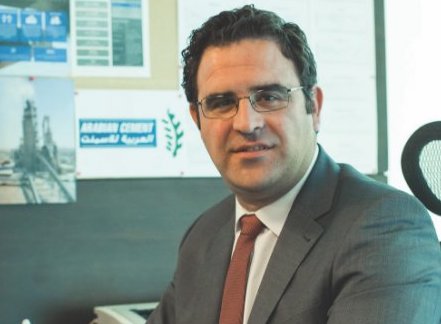 The Arabian Cement Company is targeting 3.94 million tonnes in local market sales by the end of 2020, the same value achieved in 2019, according to the company’s CEO, Sergio Alcantarilla.

Alcantarilla also said that Egypt’s cement sector has faced several problems during the current period, which have also affected the company’s business.

During a round table held by the company, on Monday, he added that the Arabian Cement Company achieved total sales of 4.33 million tonnes over the past 12 months. Of this amount, 3.94 million tonnes were bought by the domestic market, with 392 million tonnes exported to overseas markets.

Despite outlining the company’s year-end target for the local market, Alcantarilla said that it is difficult to predict its exports until the end of the year.

“The company deferred investments worth $15m, which were to be pumped during the current year until the investment vision was clear in the local market,” Alcantarilla said, “The total investments of the company in Egypt amounted to about $300m.”

The Arabian Cement Company was set to pump $200m in investments as part of its participation in the expansion of a plant in Brazil during the current year. However, the expansion ground to a halt until the financial liquidity was provided.

Alcantarilla said that local cement manufacturers met with Prime Minister Mostafa Madbouly and Minister of Trade and Industry Nevine Gamea in June, to raise a series of demands relating to the country’s cement production capacities.

The manufacturers put forward a set of demands for government intervention in legislating laws controlling cement production and the production processes at factories, that would also avoid conflict with competition protection laws.

“We also demanded the need for a fairer distribution of contracts between the 21 factories operating in the local market to supply the needs of national and private projects,” Alcantarilla said.

“Since June, neither the Ministry of Trade and Industry nor the government has responded to these requests, and they have not summoned cement manufacturers to solve their problems.”

In a different context, he said that the government’s decision to suspend building permits had a negative impact on cement companies working in Egypt. This suspension means that companies are expected to report large losses by the end of the year.

Concerning the Arabian Cement Company Alcantarilla said that the demand for the company’s products increased by 4% during the first quarter (Q1) of the year, then decreased by 11% during Q2, and is expected to decrease to 15% during Q3.