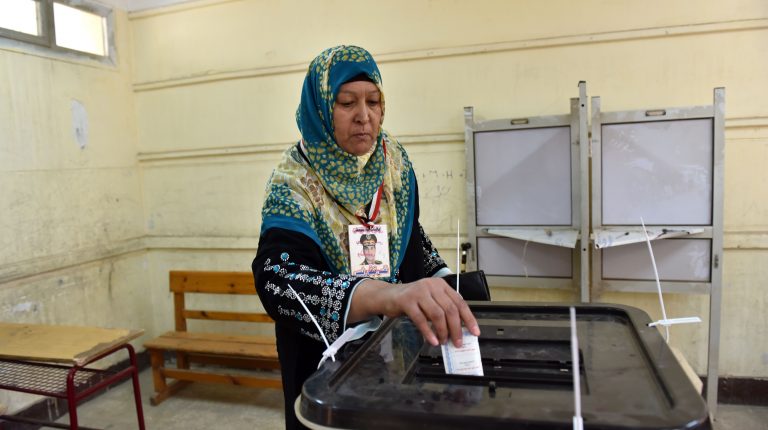 Egypt’s National Election Authority (NEA), headed by Counsellor Lashin Ibrahim, has announced that it will release the final list of candidates for the House of Representatives election on Monday.

It comes after the NEA made its decisions regarding appeals submitted by some potential candidates who had been excluded from the election.

The electoral campaigning period for the first stage of the House of Representatives elections will begin on Monday, and will continue for a period of 14 days until 18 October. This will then be followed by a period of electoral silence.

The electoral campaigning in the second stage will be allowed from 18 October until 1 November.

The NEA has set the deadline for candidates who want to withdraw from the polls at 7 October.

Parliamentary elections are conducted according to the House of Representatives law at a ratio of (50 + 50) for the list and individual systems. A total of 284 seats will be elected from the list candidates, with the same number of seats for individual candidates. The Egyptian president shall appoint 5% of the parliament members.

The first stage of the elections will take place for Egyptians living abroad on 21-23 October, with the elections inside Egypt to take place on 24 and 25 October. The results will be announced no later than 1 November.

The run-off elections for the first stage will be held on 21-23 November for Egyptian expatriates, and 23 and 24 November inside Egypt, with the NEA to announce the final results no later than 30 November.

Egyptians head to polls for Day 2 of Senate elections