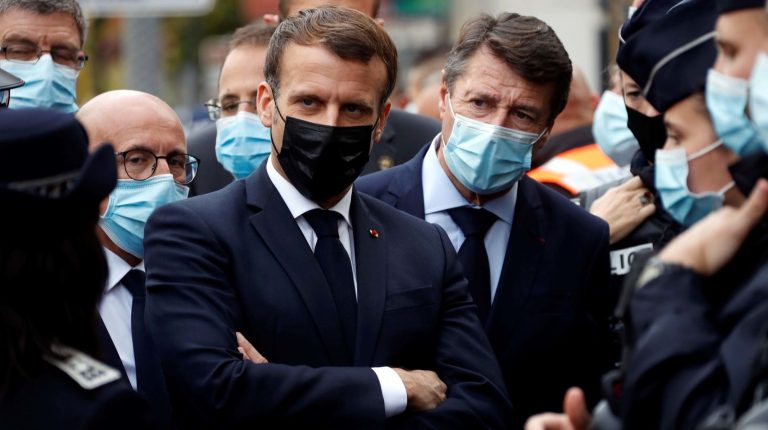 France is believed to be facing a new terrorist threat, similar to the attacks that hit the European country in 2015 and 2016. Some groups representing Islamic State (IS) and Al-Qaeda exploit the outrage over controversial cartoons depicting the Prophet Mohammed.

In October, the country saw several attacks that pushed the government to raise the nationwide terror alert level to maximum. The new terror alert level comes just as France goes into a second national lockdown that is likely to last until the end of November.

On 31 October, a Greek Orthodox priest was shot by an assailant using a sawed-off shotgun while he was closing a church in Lyon. The reason for the attack remains unclear, and the priest is currently receiving treatment in a local hospital.

On 29 October, three people were killed in a knife attack on a church in the southern French city of Nice. Police managed to shoot the assailant, who has been identified as a 21-year-old Tunisian man who recently arrived in France. The French authorities said the incident was an “Islamist terrorist attack”.

Also on Thursday, a French guard was wounded by a Saudi citizen in a knife attack at the French consulate in the coastal Saudi city of Jeddah.

The spate of attacks come only days after the beheading of a French teacher, named as 47-year-old Samuel Paty, by an 18-year-old Chechen refugee. The teacher was killed after showing cartoons of the Prophet Muhammad in a class.

IS supporters launched coordinated campaigns on social media, inciting violence against France and urging similar attacks in Southeast Asia, according to the SITE Intel Group. In the meantime, Al-Qaeda branches and supporters also continue to incite against France, celebrating recent violence in the country, SITE added.

In a statement attributed to Al-Qaeda, the group has declared a “war on France”, and called on lone wolves to conduct terrorist attacks inside the European country.

After the French satirical magazine Charlie Hebdo re-published cartoons of the Prophet Mohammed in September, Al-Qaeda threatened the magazine with a repeat of the 2015 attack.

In January 2015, the Charlie Hebdo office in Paris was the target of two French-born Al-Qaeda attackers, who stormed the headquarters and killed twelve people, including cartoonists.

“The current wave of Islamist terrorism in France is reminiscent of the attacks several years ago, when ISIS had a caliphate in Syria and Iraq,” Max Abrahms, a professor of public policy at Northeastern University and the author of Rules for Rebels: The Science of Victory in Militant History told Daily News Egypt.

“France has long been seen by Muslim citizens as xenophobic, contributing to its terrorism problem,” Abrahms added. “The strict separation of church and state coupled with President Macron’s recent comments which have been interpreted as anti-Islam have angered segments of the Muslim population in France, raising fears of additional terrorist attacks.”

Abrahms also said, “Significantly, though, the attacks in France this month have all been ‘unsophisticated’, in the sense that they require little capability. In this sense, the attacks are different from some of the worst ones during IS’ heyday, when the group was able to mount operations with multiple perpetrators.”

He noted that France needs to be careful not to overreact, as doing so will further antagonise the Muslim population, increasing the number of terrorist enemies.

On the other hand, two Muslim women wearing headscarves were recently stabbed near Paris landmark and major tourist attraction, the Eiffel Tower in Paris. Both sustained injuries and were treated in a hospital.

The victims said that the two attackers, both of whom were identified as French women, called them “dirty Arabs” and that France “is not their home.”

The incident raised another wave of outrage among the Muslim community, as they accused the media, particularly the French media, of ignoring covering such an anti-Muslim attack.

An opinion piece in British newspaper The Independent, co-written by Rim-Sarah Alouane, a legal scholar at the University Toulouse Capitole, and Dr H A Hellyer, a senior associate fellow at the Royal United Services Institute, said, “There is a crucial window within which the French authorities can act in a way that brings society together, upholding fundamental freedoms and rights for all. Or, they can choose a trajectory of further calamity.”

Alouane and Hellyer added, “In the aftermath of the Danish cartoons crisis, there was the temptation to insist that those who supported the publication of the cartoons were pro-freedom of expression, and those that did not were opposed to it. It’s alluring, but it is ultimately flawed.”

French President Emmanuel Macron has faced backlash over his remarks in the aftermath of the French teacher’s murder, particularly over controversial cartoons depicting the Prophet Mohammed.

Macron has defended the right to draw caricatures in the context of freedom of speech, saying that France “will not give up its cartoons and will not surrender its core values.” 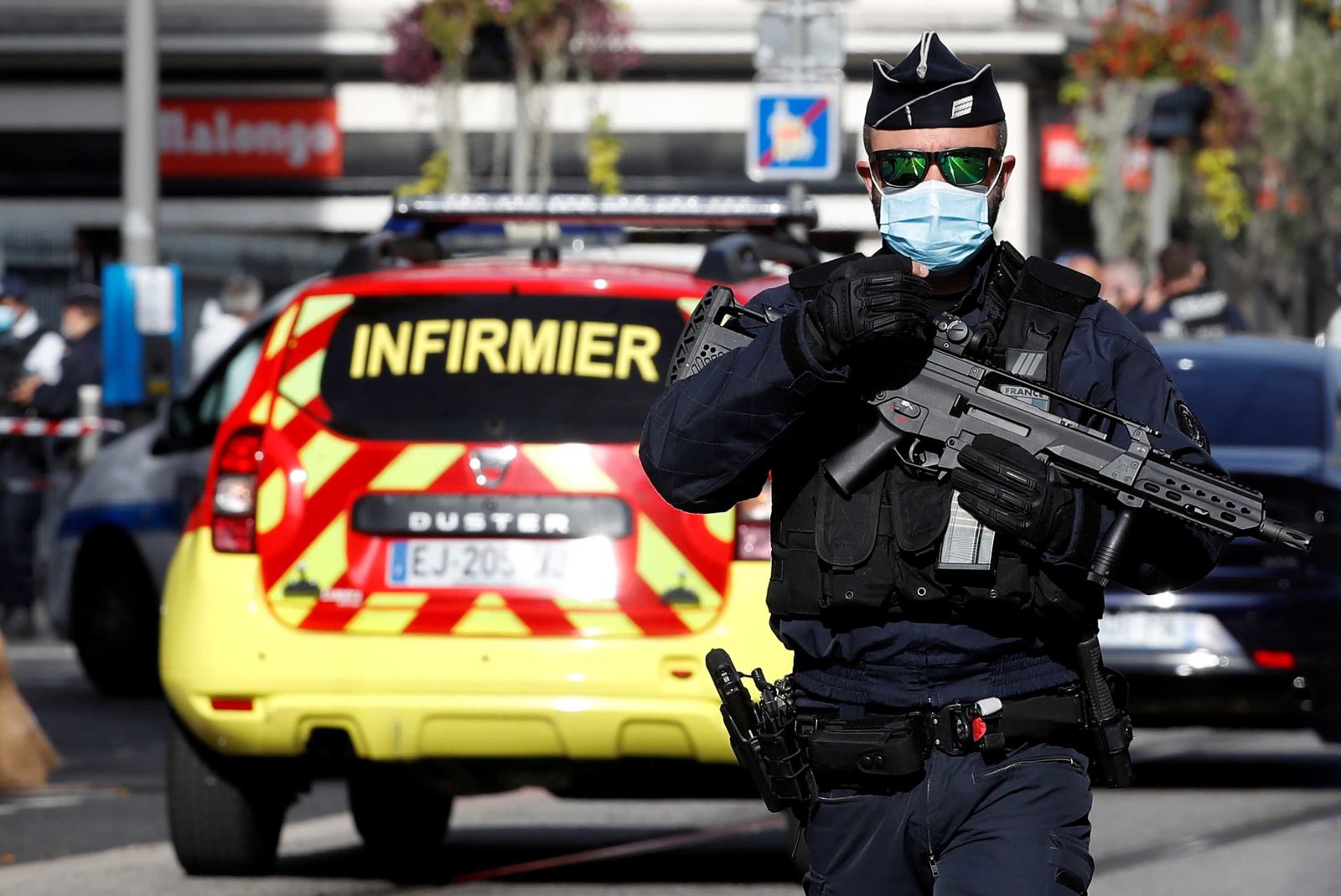 The French President’s remarks enhanced the perception within the Muslim community that he supports a particular side, at the expense of the feelings of Muslims who were offended by the caricatures, which they view as blasphemous. Earlier remarks by Macron in October also raised controversy.

However, in remarks made during an interview with Qatari news channel Al Jazeera on Saturday, Macron said that he “understands and respects the sentiments being expressed by the Muslim world over cartoons of the Prophet Muhammad.”

“Today in the world, there are people who distort Islam, and in the name of this religion that they claim to defend, they kill, they slaughter,” he said, “Today there is violence practised by some extremist movements and individuals in the name of Islam.”

Macron also said, “I think that the reactions came as a result of lies and distortions of my words because people understood that I supported these cartoons.”

He added that “the caricatures are not a governmental project, but emerged from free and independent newspapers that are not affiliated with the government.”

It remains unclear whether Macron’s attempts to clarify his position will help in soothing the situation, and containing the outrage among Muslim communities. However, the problem between the Muslim community and Macron extends back far earlier than this caricature.

In remarks made as he outlined a law against what he called “Islamist separatism”, the French President said that Islam is “a religion that is in crisis all over the world today”. As part of these statements, Macron also pledged to defend secular values.

Egypt’s Al-Azhar Institute slammed Macron’s remarks on Islam, describing them as “racist”. In a similar context, the religious institution condemned the beheading of the French teacher, calling for the adoption of global legislation criminalising insulting of religions and their sacred symbols.

Tens of thousands of Muslims worldwide have protested against President Macron’s position on the caricatures, including in Pakistan, Lebanon, Bangladesh, Libya, Syria, and Somalia. Some of the protesters burned a portrait of Macron. The protests took place amid added calls to boycott French goods.

After some countries have put a boycott of French products in effect, including Kuwait and Jordan, France’s Ministry of Foreign Affairs called the boycotts “baseless”. The ministry also said that they were “pushed by a radical minority”, and urged Arab countries to end the boycott.

As one of the most vocal opponents of the cartoons’ republication, Turkish President Recep Tayyip Erdogan also called for the boycott of French goods.

Egypt’s President Abdel Fattah Al-Sisi said that freedom of expression should stop if it offends Muslims, who represent more than 1.5 billion of the global population. Al-Sisi called on critics of Islam to refrain from insulting the religion, adding that “attacking prophets and messengers is disrespecting the honourable values of religion.”

In the meantime, Canadian Prime Minister Justin Trudeau defended freedom of expression, but added that it is not without limits. He said that “we owe it to ourselves to act with respect for others, and to seek not to arbitrarily or unnecessarily injure those with whom we are sharing a society and a planet.”

Since 2015, France has been rocked by several deadly attacks, the most deadly and high profile of which were the 2015 Paris Attacks that killed and injured hundreds.

In November 2015, France was hit by the worst terrorist attacks in its history, which was described by the then President Francois Hollande as an “act of war” by the IS group.

The attacks included suicide bombers and armed men who targeted six locations across the city of Paris including the national stadium, concert hall, restaurants, killing 130 people and injured hundreds.

In July 2016, an 84-year-old priest was killed and four civilians were taken hostage after IS attackers, both 19 years old, stormed a church in Rouen, France. IS claimed responsibility for the attack.

In July 2016, 86 people were killed and hundreds were wounded after a Tunisian national deliberately drove a truck through the crowd during Bastille Day celebrations in the southern city of Nice. IS also claimed responsibility for that attack.

Al-Sisi calls for tolerance, respect of others’ beliefs after Charlie Hebdo incident