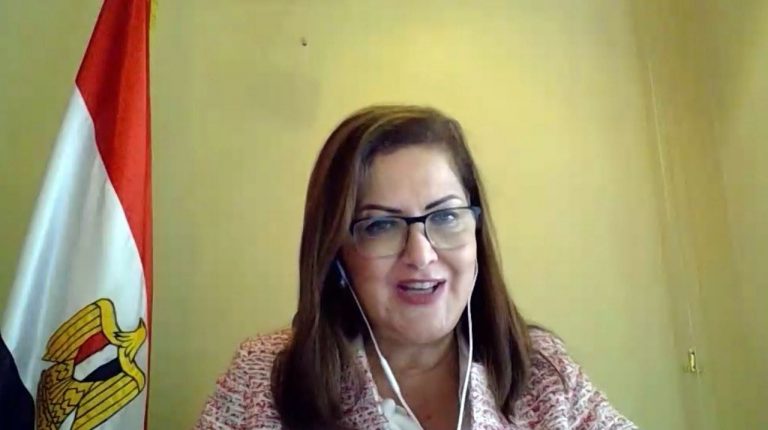 Egypt’s Minister of Planning and Economic Development Hala El-Said has revealed that youth accounts for 65% of Africa’s population, providing the continent with a significant demographic advantage.

The minister’s remarks came during a video conference, on Tuesday, during the eighth graduation ceremony of the League of African Elite Youth. The ceremony took place at the Bibliotheca Alexandrina (BA), in Egypt’s second city of Alexandria, in the presence of the BA’s Director Dr Mostafa El-Feki. Also present at the ceremony were young African graduates who attended Egyptian universities for their studies.

During the speech, El-Said said that African countries have great economic and human potential, alongside the continent’s distinct geographical location and many natural and human resources.

She noted that the existence of all these resources put together requires concerted efforts and the integration of the continent’s countries to maximise benefit from them, and put them on the path to sustainable development.

The minister added that Egypt is keen on ensuring sustainable development takes place in its internal projects, and seeks to achieve in cooperation with its brothers from African countries through all available mechanisms. This will ensure that the country complements the progress made during its presidency of the African Union in 2019.

El-Said said that, throughout its long history, Egypt has always been proud of its African affiliation, and is preoccupied with issues of the continent. The country is also always keen on cooperation and coordination with its brothers from African countries.

El-Said added that the Bibliotheca Alexandrina has always sought to enhance its mission to become a centre of excellence in the effective production and dissemination of knowledge. It is an institution that aims to promote fruitful communication between peoples and civilisations.

She said that the continued organisation of this programme is evidence of the library’s commitment to empowering African youth and expanding the range of their knowledge and skills. Put together, the two elements prepare African youth to become the leaders of tomorrow.

El-Said said that this year’s celebration comes as the world is witnessing the uncertainties of the novel coronavirus (COVID-19) pandemic. She said that, despite the challenges posed by the crisis, it has created many opportunities that should be seized and maximised.

She also said that African Youth Day  aims to strengthen the role of youth as the main actor in the efforts to achieve sustainable economic and social development, which is consistent with what the Egyptian state is keen on in its endeavour to maximise the benefit of youth and strengthen the communication mechanisms between them.

The minister added that Africa is a forerunner in the international efforts on sustainable development, and this was evident when in 2013 African countries laid the foundation for Africa’s Agenda 2063. The agenda was adopted by the African Union (AU) as a long-term strategy that pushes comprehensive economic and social development for the entire continent during the next 50 years.

El-Said said that Egypt attaches importance to spreading a culture of sustainability among youth, which encouraged her ministry to recently launch the “Sustainable Development Ambassadors” initiative.

This mainly targets university students and Scouts to expand their knowledge regarding sustainable development goals, and motivate them to implement sustainability principles in all sectors. It includes a comprehensive and interactive training programme that introduces sustainability concepts, such as the green and circular economies, as well as defining mechanisms to achieve sustainable development, pointing to seeking to expand this initiative to include African youth.

After her speech, El-Said said that all these efforts come as a confirmation of Egypt’s belief in the pivotal role of youth at the national and regional levels, stressing that the continent’s future depends on its youth and their potential and capabilities.