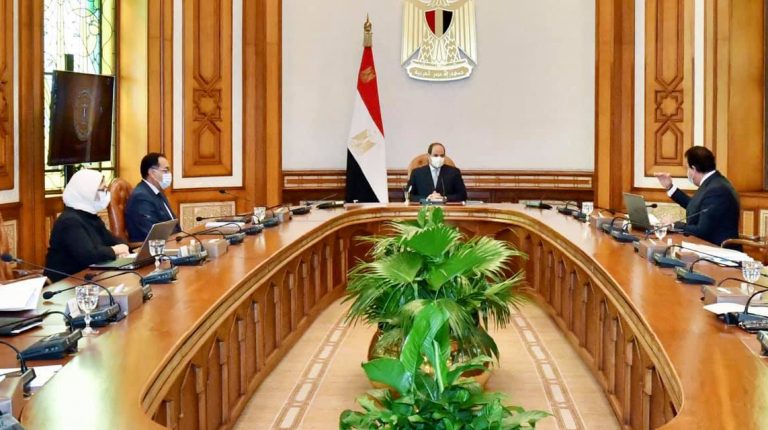 Egyptian President Abdel Fattah Al-Sisi warned, on Tuesday, of the increasing number of infections with the novel coronavirus (COVID-19) nationwide.

He also called on Egyptians to adhere to the government-implemented precautionary measures which aim to prevent infection.

“The pandemic still continues, and our concern must continue, as well as our precautionary measures to protect ourselves from the risk of contracting the virus,” Al-Sisi said in a recorded speech to Egyptians.

He added that during the coronavirus’ first wave in Egypt in the spring, the authorities took many measures and had to enforce partially closures nationwide.

“We do not want to get to that again,” he said, and warned that “the number of infections are growing”.

“We hope that we will not repeat the measures we took in the first wave, and this will not be possible without your concern and your cooperation,” President Al-Sisi said.

He also said that “the awareness of citizens is the true vaccine”, and called on Egyptians to avoid closed places for long periods, to respect social distancing measures, and to wear face masks.

The President also said that whilst the pandemic has had a severe impact on the world economy, it has not imposed a great impact on Egypt due to its citizens’ efforts and the state’s economic reform programme.

The country will provide the new vaccines against the coronavirus to all Egyptians, the President said, adding that Egypt will receive the vaccines in mid-2021. The vaccines that will be made available nationwide have been given emergency approval.

Egypt has seen a gradual increase in the number of new coronavirus infections in recent weeks. On Monday, Egypt recorded 354 new confirmed cases and 12 fatalities, bringing the total number of cases to 113,381 and 6,560 deaths.

President Al-Sisi said that a specialised scientific committee has been working on the health crisis since December 2019, which will be strengthened to study the most appropriate vaccines that will be used in the next stage.

The President also said that Egypt took several economic steps to confront the first wave of the pandemic, including an initiative worth EGP 100bn to reduce the fall-out from the closures and economic slowdown. He highlighted his full appreciation to the medical teams and the government for their efforts in combating the pandemic.

Al-Sisi said that the state has dealt with the coronavirus pandemic in a calm manner and to avoid alarming citizens. Many countries have praised the Egyptian experience in managing the crisis, and have used it as a model for their own actions.

The President added that while Egypt is working on its own vaccine, it will still acquire batches of the recently announced vaccines, with a contract to be signed in the coming days on this matter.

Egypt’s media has potential to be region’s most powerful: Osama Heikal