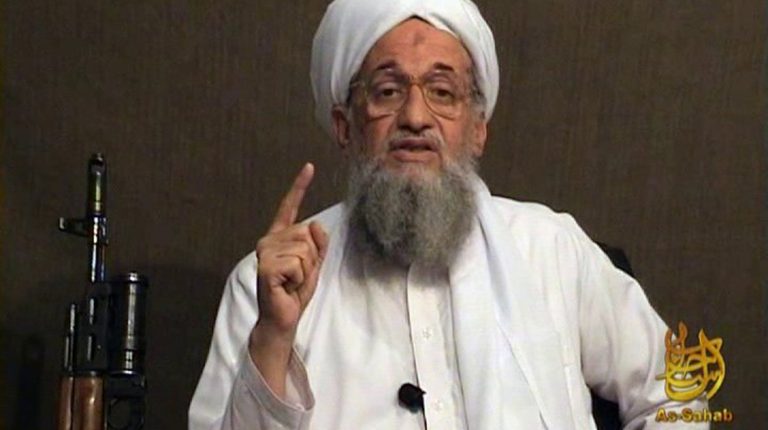 Al-Qaeda (AQ) leader Ayman Al-Zawahiri is allegedly dead. Since 13 November, several reports published by researchers and news websites have claimed that the leader of the terrorist organisation died a month ago of natural causes.

Hassan Hassan, co-author of the book ISIS: Inside the Army of Terror, was one of the first to publish the news on Twitter.

“The news is making the rounds in close circles. I realize the issue with such claims but corroborated it with sources close to AQ (Hurras al-Din),” he tweeted.

Meanwhile, Rita Katz, director of SITE Intelligence Group, also shared the reports, adding, “If he is dead, it is unclear who would be the successor. Ra’uf (Husam Abd al-Rauf, also known by the nom de guerre Abu Muhsin al-Masri) was a recent candidate but was killed two weeks ago.”

She also tweeted, “Besides Hamza bin Laden, whose fate AQ still has not acknowledged, no other officials have been publicly groomed to take a leading role in the organization.”

Katz highlighted that it is very typical of AQ to refrain from publishing news of its leaders’ deaths in a timely manner. She noted that the group has never confirmed the death of Hamza bin Laden, son of the group’s late leader, Osama.

Analysts differ over the significance of the impact of the Al-Qaeda emir’s alleged death on the group.

Al-Zawahiri assumed leadership of the group in June 2011, following the death of Osama Bin Laden the previous month at the hands of US forces.

The veteran Egyptian militant, born in Cairo on 19 June 1951, was also a close associate of bin Laden. He is a physician, and the founder of the Egyptian Islamic Jihad (EIJ).

In 1998, the EIJ merged with Al-Qaeda, according to the Federal Bureau of Investigation (FBI) website. The US offered a reward of up to $25m for information leading directly to the Egyptian’s capture.

Al-Zawahiri is believed to have taken part in the planning of the deadly 11 September 2001 attacks, and is also believed to have had a role in the 1998 bombings of the US embassies in Tanzania and Kenya.

The reports of Al-Zawahiri’s anti-climactic death have come in parallel with a report published by The New York Times that Al-Qaeda’s second-in-command and Egyptian-born jihadist, Abdullah Ahmed Abdullah, was gunned down by two Israeli agents. The event, which took place on 7 August this year in the Iranian capital, Tehran, is said to have occurred at Washington’s behest.

Abdullah, whose nom de guerre was Abu Muhammad Al-Masri, is one of the founding leaders of Al-Qaeda. He was thought to be Al-Zawahiri’s successor, particularly in light of the latter’s reportedly serious heart problems and the death of Hamza bin Laden.

Hamza had, once upon a time, been viewed as a potential successor to his father, according to the Combating Terrorism Center (CTC).

In September 2019, US President Donald Trump confirmed that Hamza had been killed in a US operation in the Afghanistan/Pakistan region.

Colin Clarke, a senior research fellow at The Soufan Center, told Daily News Egypt that he believes that “the death of Al-Zawahiri will have serious implications for Al-Qaeda.”

“In many ways, he was the bridge leader from Osama bin Laden that allowed Al-Qaeda to remain a cohesive entity,” Clarke said, “While Al-Zawahiri certainly lacked charisma, his leadership did prove capable in maintaining Al-Qaeda’s core relationships with its affiliate and franchise groups.”

On the other hand, Max Abrahms, Professor of Public Policy at Northeastern University and the author of Rules for Rebels: The Science of Victory in Militant History, told Daily News Egypt that the Egyptian’s alleged death would have a smaller impact on the group.

“Al-Zawahiri has been such a hands-off leader that there isn’t even a consensus on whether he’s alive” Abrahms said, “His death therefore will have a smaller impact on the group than that of a leader who is intimately involved in the organisation, such as Nasrallah’s role in Hezbollah, and whose death could profoundly impact the group.”

He added, “That said, a new, ambitious Al-Qaeda leader could possibly take the group in a very different direction, but usually, leaders are chosen to maintain continuity.”

Abrahms said that “there is no consistent effect across all militant groups, because leaders play different kinds of roles in them depending on the group.”

Commenting on the reported death, Noor Dahri, Executive Director of the UK-based Islamic Theology of Counter Terrorism – ITCT, told Daily News Egypt that Al-Zawahiri’s death has not been confirmed by Al-Qaeda. Strong sources, however, have confirmed his death which he said is not surprising.

“There are a few examples where terrorist organisations hadn’t disclosed the death of their top leadership, including the Taliban leader Mullah Omar, whose death was hidden for almost two years,” Dahri said.

He added, “No doubt that Al-Zawahiri had an influence on Al-Qaeda, but we must remember that he was not an operational commander but an ideologue in the organisation.”

Dahri noted that there were many other operational commanders, including Abdullah Ahmed Abdullah, in the organisation.

“His death will not affect the organisation’s military operations in the region,” he said, “For example, Al-Qaeda’s affiliated groups are active in the horn of Africa and the Middle East, and they are strongly capable of carrying out their offensive operations even without Al- Zawahiri, because these organisations are led by the local Al-Qaeda leadership.”

Analysts suggest that Muhamad Ibrahim Makkawi, known by his kunya Saif Al-Adel, is believed to be Al-Zawahiri’s successor. Al-Adel is an Egyptian militant and a former lieutenant colonel in the Egyptian Special Forces.

“With Al-Masri and Hamza bin Laden dead, many expect Saif Al-Adel to be named the next Al-Qaeda emir, although the fact that he lives in Iran is problematic for a number of reasons,” Clarke said.

But for Dahri, he said that there is a strong confirmation that Saif Al-Adel can lead the Al-Qaeda organisation for various reasons.

“First of all, he is also Egyptian, a former military colonel, as well as an operational commander with huge experience and influence in Al-Qaeda,” Dahri said, “He is not only a member of the AQ military committee, but also a member of the organisation’s majlis al shura. He has a vast experience of violence in the world.”

Dahri added, “The important thing must be noted here that he is also in Iran, and that he has good and historic relations with the country dating back to the 80s, when he was trained alongside Hezbollah, and he has also paid many visits to Lebanon.”

“If he becomes the head of Al-Qaeda , the organisation will automatically fall into the hands of Iran, giving it influence over the strong Sunni terrorist organisation,” Dahri noted.

Al-Adel joined the Egyptian Jihad Group in the 1980s. He was accused of “attempting to revive the EIJ”, and has also faced accusations of attempting to assassinate Egypt’s then-Minister of Interior Hasan Abu Basha.

Al-Adel played “a crucial role in building Al-Qaeda’s operational capabilities and quickly ascended the hierarchy”, according to the Counter Extremism Project. He currently lives in Iran, and operates as one of Al-Zawahiri’s chief deputies, according to a 2018 UN report.

According to a The New York Times report, Al-Adel was arrested in April 2003 by Iranian authorities, but reportedly released in 2015 as part of a prisoner swap between Iran and Al-Qaeda.

Abu Muhammad Al-Masri was thought to be Al-Zawahiri’s successor, having played a critical role in Al-Qaeda as an operational commander and as a member of the governing shura council, according to the CTC.

He was born in 1963 in Egypt’s Gharbeya governorate. He had been a professional soccer player in the Egyptian Premier League, before joining foreign fighters who were assisting Afghan forces after the Soviet invasion of 1979, according to The New York Times and the CTC.

“There is something fishy about the story of Al-Qaeda’s deputy leader being killed,” Abrahms notes, “For starters, we are told Israel killed him at the behest of America, and yet Trump did not brag about the attack.”

Abrahms notes, “This seems very unlike our president, who has bragged about the size of every rally and loves to boast about killing other terrorist leaders, such as Baghdadi, and Iranian targets such as Soleimani.”

He highlights that the idea that Trump would say nothing about killing a high-level Al-Qaeda leader inside Iran seems odd. He also believes Trump and [Israeli Prime Minister Benjamin] Netanyahu are itching for escalation against Iran, before US President-elect Joe Biden takes over.

“I suspect the hit was timed to correspond with this timeframe,” Abrahms noted, “The attack also suggests that spies are operating with impunity in Iran.”

For Dahri, there are two other aspects to analyse over this secret assassination operation of Al-Masri.

“First, his movements were not restricted to his home, as it was later claimed by Iran after his assassination, because there were authentic reports that he had conducted his official visits in Syria before returning to Iran,” he said

Dahri notes that the second aspect to analyse is that there is no example that Israel had ever assassinated Al-Qaeda leaders by Iranian proxy groups. In this instance, however, Mossad targeted an Al-Qaeda leader in Iran because Israel wants to show the world that Iran is behind Al-Qaeda. The former also wanted to show that Iran is not just providing assistance to, but also shelter for, the entity’s top leadership.

US policies towards Palestine-Israel conflict to remain unchanged under Biden: Arab League