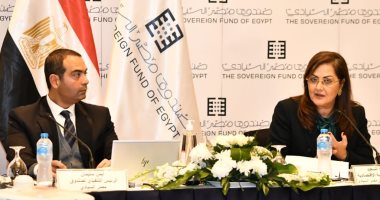 The Sovereign Fund of Egypt (TSFE) will promote two companies, affiliated to National Service Products Organization (NSPO), with the aim to offering them to private sector investors initially, and then on the Egyptian Exchange (EGX), according to Hala El Said, TSFE Chairperson and Minister of Planning and Economic Development.

El-Said explained that Egyptian state had to intervene, under certain circumstances, in business market to establish companies in strategic sectors, and it will gradually exit from them after completing its mission.

Soliman said that the fund aims to present investment opportunities, “not through asset sales.” He revealed that the agreement that the fund signed with NSPO allows the offering of some Egyptian Armed Forces companies to private sector, with up to 100% stake.

He added that the sustainable model of development is through public-private-partnerships, not privatisation.

“SMEs are the backbone and future of the Egyptian economy. Hence, financial inclusion is of a paramount importance,” Soliman stated.

He explained that this agreement is an opportunity to expand the fund’s business and encourage businessmen to invest in Egypt.

Earlier on Monday, Prime Minister Mostafa Madbouly witnessed the signing of cooperation agreement between the TSFE and the NSPO which is affiliated to the Egyptian Ministry of Defence.

The NSPO is the parent company to 32 companies across several sectors. They include Wataniya Company for Roads, which has worked on almost every major infrastructure project in recent years.

The agreement aims to conduct investment studies for some of the NSPO’s companies to exploit them for investment through the TSFE, with the aim of maximizing the value of these assets and developing them in partnership with the private sector.