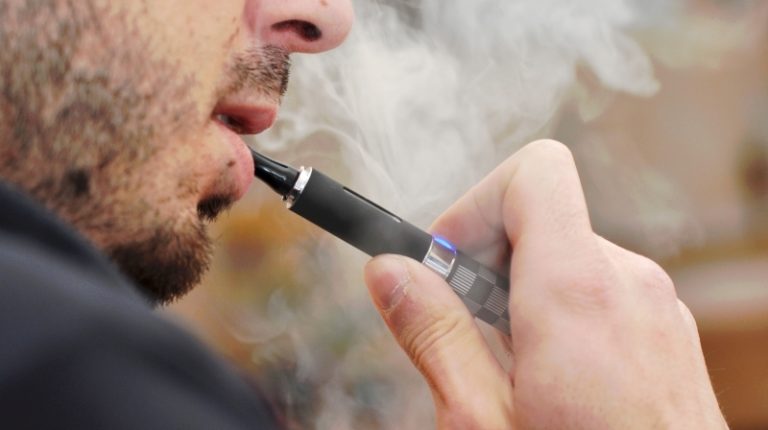 The 8th E-Cigarette Summit launched virtually this year, offering a platform to discuss the latest changes in public health, policy, and regulatory environments related to tobacco, e-cigarettes, and harm reduction.

Over 40 scientists and specialists from around the world participated in the Summit, sharing their knowledge and expertise to move the conversation forward about the use of e-cigarettes, discussing the latest regulations, research, and reports covering tobacco and nicotine.

The speakers were joined during the sessions by a range of tobacco and nicotine stakeholders, from scientists and specialists to industry leaders, who underlined a series of messages to clarify and discuss the absolute and relative risks of electronic cigarettes. With views ranging from e-cigarettes being a means of delivering nicotine more effectively than other nicotine substitutes and, if used appropriately, can help reduce the harm and deaths caused by conventional cigarettes, to them being no less than 90-95 percent less harmful, the summit saw more data shared by Professor Alan Boobis, Emeritus Professor of Toxicology at Imperial College London during his session.

More than 66 countries allow dealing with new product generation including Electronic Cigarettes as the European countries Germany, France, Italy, the United Kingdom, Swiss, Denmark and Finland, in addition to USA and Australia, and Middle East countries like Tunisia, Bahrain, United Arab Emirates, Kingdom of Saudi Arabia, Kuwait and Jordan. These countries have set some regulations to govern the process, and several health bodies across the world have played a role in standardizing them.

When it comes to Egypt, there is a standard specification No. 8205-1/2018 related to general requirements for alternatives to traditional cigarettes – Part 1 for “e-liquid,” which was issued and approved by the Egyptian General Authority for Standardization and Quality and by the Ministry of Trade and Industry. The Egyptian standard goes in line with the global standards for e-liquid and uses the European directive (2014/40/EU) AFNOR and CORESTA as a primary reference. The issuance of this standard lays down the legality of introducing electronic cigarette products to the Egyptian market. Additionally, the Egyptian Customs Authority has issued Tariffs Circular No. 35 of 2019, which clarifies the custom tariffs for e-liquid products.

Despite the standards and customs set in place to allow the sale of e-liquid, companies operating in the Egyptian market can still not import products because of decree No. 1 of 2015 that prohibits the import of electronic cigarettes issued by the Central Administration of Pharmaceutical Affairs CAPA.

Mariana Magdy, Director of External and Governmental Relations at British American Tobacco Egypt, said, “We intend to launch our e-liquid products as soon as the current ban decision is lifted, to allow import for companies that meet the requirements set out in the Egyptian standard which will eliminate the parallel economy and will contribute significantly to increase the state’s resources, as the market will have access to better quality products compared to what is currently available in the black market.”

Mariana added, “The continuation to ban electronic cigarettes despite their actual spread contributed to doubling the volume of illegally smuggled electronic cigarette products, which have impacted tax revenues, resulting in the loss of billions of pounds for the tax authority and customs, especially since the number of consumers has increased remarkably.”

The summit’s speakers and attendees also discussed the strategy for Nicotine reduction through the need to minimize the cost of combusted products to expedite quitting smoking and facilitating the uptake of less harmful nicotine-containing products like electronic cigarettes and the importance of regulating less harmful nicotine products.

Commenting on this topic, Dorothy Hatsukami, Professor at the Department of Psychiatry and Behavioral Sciences at the University of Minnesota, said, “The ultimate goal has always been the abstinence from all nicotine products, but for those who are unable or unwilling to quit, the goal is to shift them to lower risk products, evidence has shown that if we reduce the level of nicotine content in combustible cigarettes to less than 0.4 milligrams per gram of tobacco, we observe a reduced number of cigarettes smoked, reduced dependence and urges, increased quit attempts, and finally we won’t see compensatory smoking behavior”, added Prof. Hatsukami. According to studies and statistics, scientists advise people trying to quit to shift to non-combusted, lower nicotine products like electronic cigarettes. It will most likely help them quit since the immediate nicotine reduction could lead to more significant withdrawal symptoms and higher drop-out rates.

The speakers also discussed concerns associated with harm reduction products, particularly e-cigarettes, and the ambitions of making smoked tobacco obsolete. Among the studies discussed was the usefulness of e-cigarettes in smoking cessation.