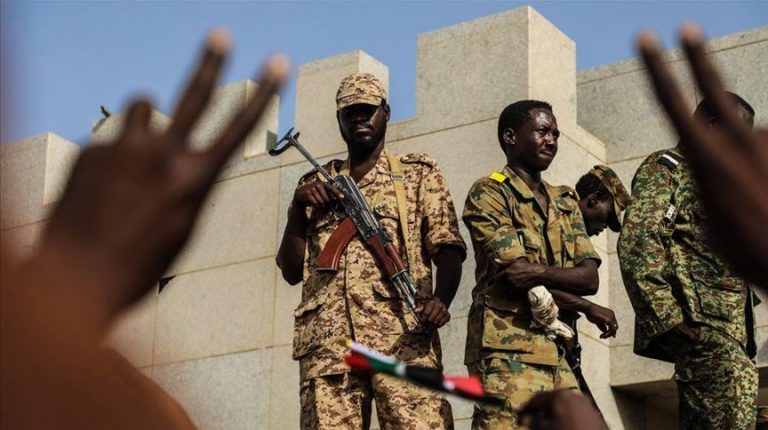 Sudan said Wednesday that a cross-border attack by Ethiopian forces and militias killed several Sudanese troops during a patrol of the border region, according to a statement by the armed forces.

The statement said that the Sudanese forces were ambushed while returning from a sweep of the Jabal Abutiour area in the Al-Qadarif province along the border with Ethiopia.

The statement did not specify how many troops were killed or wounded.

However, the Associated Press reported that military officials said the attack left at least four troops, including a major, dead and wounded a dozen others.
Also, Reuters said that residents said that reinforcements were being sent to the area, which is part of the Fashaqa locality where some Ethiopian refugees have been crossing into Sudan.
Since the fighting erupted in Ethiopia’s Tigray region, Sudan has deployed more than 6,000 troops to the border.
According to the United Nations, fighting in Tigray left thousands of people believed to have been killed and more than 950,000 displaced, some 50,000 of them into Sudan.

Sudanese Prime Minister Abdalla Hamdok visited Ethiopia briefly on Sunday. The visit lasted a few hours, despite an announcement by Sudan that it would be a two-day visit.
There is a long-running dispute between Sudan and Ethiopia over the fertile Fashqa triangle, in recent months Sudan’s transitional government has engaged in talks with Ethiopia to encourage Ethiopian farmers to withdraw from the area.

Ethiopia recognizes Sudanese sovereignty over the agricultural area but has not taken practical steps to demarcate the border, allowing Ethiopian farmers to cultivate the area and providing them with protection.

Sudan says its army not go beyond international border with Ethiopia

Opinion| The conflict of interests and the Ethiopian dam