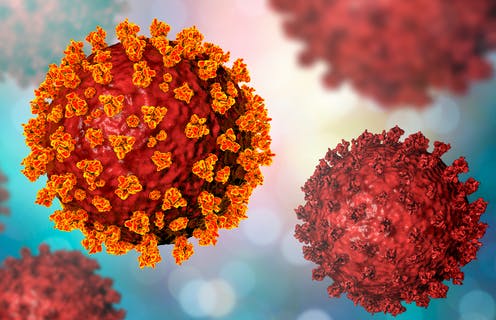 Since Britain alerted the World Health Organisation (WHO) about a new variant of the coronavirus (COVID-19), questions over the new strain rose.
Officially named variant VUI-202012/01, UK Prime Minister said it could “up to 70%” more transmissible than earlier strains.
Does variant VUI-202012/01 represent an increased health risk?
According to the UK’s chief scientific officer Patrick Vallance the new strain showed a “substantial increase in transmissibility”.
Vallance added that the new strain contained 23 different genetic changes, many associated with parts of the virus which control how it binds to human cells.

“This [new variant] is a particular constellation of changes, which we think is important,” said Vallance.
Regarding the worries that vaccines won’t work on the new coronavirus variant he explained, “Our working assumption from all the scientists is that the vaccine response should be adequate for this [variant of the] virus.”
Italy is prohibiting entry to the country by anyone who had been in the UK in the last 14 days while flights are banned until Jan 6.
Belgium will ban flights starting Sunday at midnight for at least 24 hours, Prime Minister Alexander De Croo said on a TV program on the Een, a public Dutch-language TV station in Belgium owned by the VRT. For the time being, the Belgian measure only applies for 24 hours, as scientific consultations on this COVID-19 mutation are still ongoing.
France is to suspend from Sunday midnight (Paris time) for 48 hours all travel from the United Kingdom, “including people related to the transport of goods, by road, air, sea or rail,” the Prime Minister’s Office announced following a cabinet meeting.
WHO called on Europe to boost its coronavirus measures on Sunday.
“Across Europe, where transmission is intense and widespread, countries need to redouble their control and prevention approaches,” a spokeswoman for WHO Europe told AFP.
On the other hand, UK’s New and Emerging Respiratory Virus Threats Advisory Group (NERVTAG) said in a new paper that it “has moderate confidence that VUI-202012/01 demonstrates a substantial increase in transmissibility compared to other variants.”

The new strain of Covid-19 is worrying & real cause for concern & extra caution. Research is ongoing to understand more, but acting urgently now is critical. There is no part of the UK & globally that should not be concerned. As in many countries, the situation is fragile.


Jeremy Farrar, a member of Strategic Advisory Group of Experts on Immunization (SAGE) tweeted: “The new strain of Covid-19 is worrying and a real cause for concern and extra caution. Research is ongoing to understand more, but acting urgently now is critical. There is no part of the UK and globally that should not be concerned. As in many countries, the situation is fragile”.