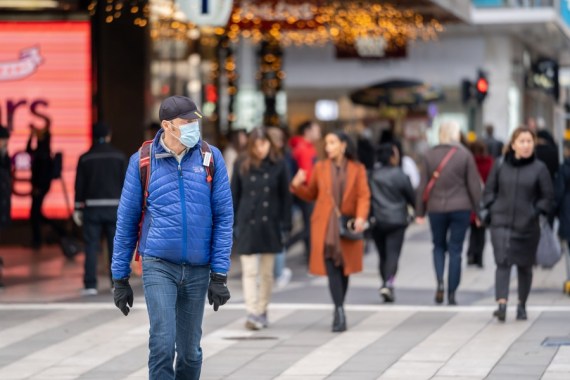 A person who traveled from London to Sweden to celebrate Christmas has been confirmed sick with the new and more infectious coronavirus strain that has been rapidly spreading in the UK recently.

Sara Byfors of Sweden’s Public Health Agency told a news conference on Saturday that the person has been self-isolating since arriving in the southwestern province of Sormland and that no one else in the household has tested positive for COVID-19. However, Byfors added that there are likely more cases in Sweden that have yet to be detected.

The person started feeling ill after arriving in Sweden, testing positive for COVID-19 on Dec. 21 after experiencing extreme fatigue and body ache. On Saturday, it was confirmed that the person was infected with the mutated strain of the coronavirus.

Byfors said that the Public Health Agency has increased its efforts to monitor the new coronavirus strain and is now aiming to collect tests from everyone who has arrived in Sweden from the UK since October.

“On Monday, we issued a new recommendation urging everyone who has been in the UK to get tested so that we can conduct contact tracing and ensure this virus strain does not spread in Sweden. Those who do not show any symptoms should also get tested,” said Byfors.

The Public Health Agency has also urged anyone who has travelled to Sweden from the UK and those in their households to self-isolate.

Asked how Sweden’s vaccination program would be affected by a potential spread of the new coronavirus strain in the country, Byfors said it would likely not have a significant impact. However, Sweden’s healthcare system is already under great strain, with 536 out of 684 ICU beds with respirators already occupied, newspaper Aftonbladet reported on Saturday.

The Agency’s latest figures released on Dec. 23 showed that a total 8,279 people have died in Sweden since the start of the pandemic, and the country has confirmed 396,048 cases. The figures are expected to go up when they are updated on Dec. 29.

According to the website of the World Health Organization, as of Dec. 22, there were 233 COVID-19 candidate vaccines being developed worldwide, and 61 of them were in clinical trials.

A couple of vaccines developed by pharmaceutical companies from the United States, Germany, Russia and China have so far been authorized by several countries and regions for emergency use.