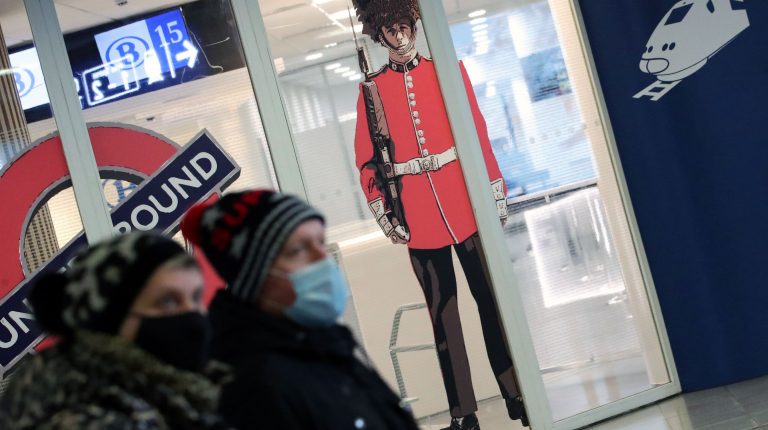 Another 34,693 people in Britain have tested positive for COVID-19, bringing the total number of coronavirus cases in the country to 2,256,005, according to official figures released Saturday.

Another 210 have died within 28 days of a positive test, bringing the total number of coronavirus-related deaths in Britain to 70,405, the data showed.
The reporting of cases and deaths has been affected by the Christmas holidays in some devolved regions and will be reported later on, which means the true total number of cases and deaths in Britain is likely to be higher.

From Saturday, another six million people in England have been placed in the highest Tier Four restrictions, while Scotland and Northern Ireland have also imposed tougher measures on their citizens on Boxing Day.

London and many other parts of England have already been under Tier Four restrictions, which require residents in the areas to stay at home, with limited exemptions. People are also urged to work from home when they can, and should not enter or leave those areas.

For those in Tiers One, Two and Three, up to three households were allowed to meet only on the Christmas Day, while in Tier Four, people should not mix with anyone outside their own household, apart from support bubbles.

To bring life back to normal, countries such as Britain, China, Germany, Russia and the United States are racing against time to develop coronavirus vaccines.