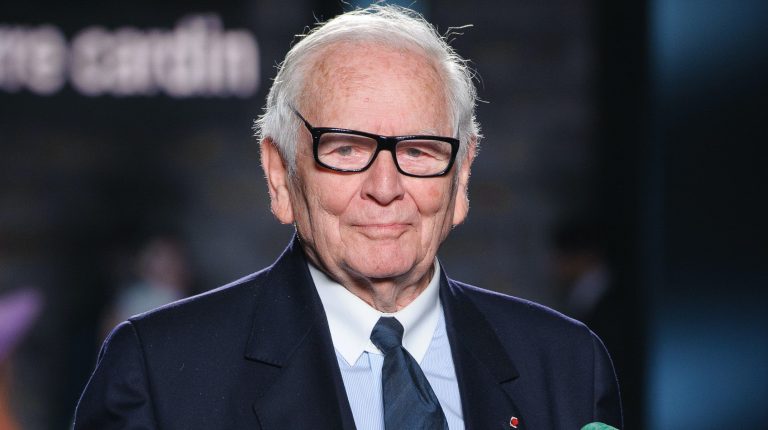 Pierre Cardin, the French fashion designer famous for his avant-garde style and pioneering business moves across the world, has died at the age of 98, French media reported on Tuesday.
The national daily Le Monde called the designer “renovator of post-war French haute couture” as he made a series of futuristic inventions, took the haut-couture of golden salon down to the streets with his ready-to-wear for mass circulation, launched the first line of men’s clothing, and put his name as a brand on numerous products.
Pierre Cardin was also the first western couturier to stage a fashion show, for professionals only, in the Chinese mainland in 1979, shortly after the country adopted its reform and opening-up policy.
On Sept. 20, 2018, celebrating 40 years of presence of Pierre Cardin in China, a spectacular fashion show was organized on the Great Wall of China.