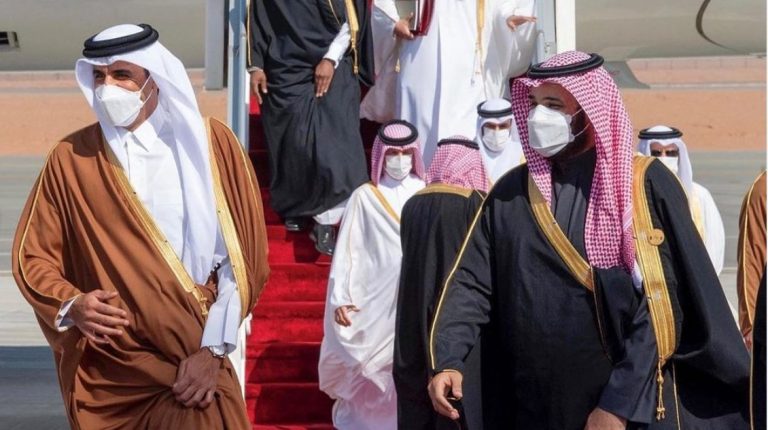 Egypt’s Minister of Foreign Affairs Sameh Shoukry represented his country, on Tuesday, at the signing of the Al-Ula agreement in Saudi Arabia.

The agreement puts an end to the three-year rift between Qatar on one side, and Egypt, Saudi Arabia, Bahrain and the UAE on the other side.

The signing occurred during the Gulf Cooperation Council’s (GCC) 41st summit, which took place in the Saudi city of Al-Ula.

In a statement following the summit, Shoukry said that Egypt signed the agreement as part of its keenness to keep solidarity among the Arab quartet. He added that the agreement will unify the Arab nations, and boost the joint Arab work in the face of the challenges the region faces.

Cairo stressed that it is imperative to build on this step to strengthen Arab actions and support relations between Arab countries, based on goodwill and non-interference in the internal affairs of other countries.

“Egypt appreciated the sincere efforts that were made to achieve the reconciliation between Qatar and the quartet, foremost among which are the efforts of Kuwait over the past years,” read the statement.

Meanwhile, leaders of the six GCC states agreed to the “solidarity and stability” deal, to end the diplomatic escalation with Qatar.

In his speech during the summit, Bin Salman blamed Iran for many of the troubles in the Arab region. The Saudi Crown Prince called upon the international community to take action against Tehran, to stop its atomic programme, and to stop it from supporting militias in other countries.

On Monday, Saudi Arabia and Qatar reopened land, air and sea borders in a major milestone towards resolving the Gulf crisis.

Kuwait’s Emir Sheikh Nawaf Al-Ahmad Al-Jaber Al-Sabah represented his country at the summit, while the UAE was represented by its Vice-President Sheikh Mohammad Bin Rashid Al-Maktoum.