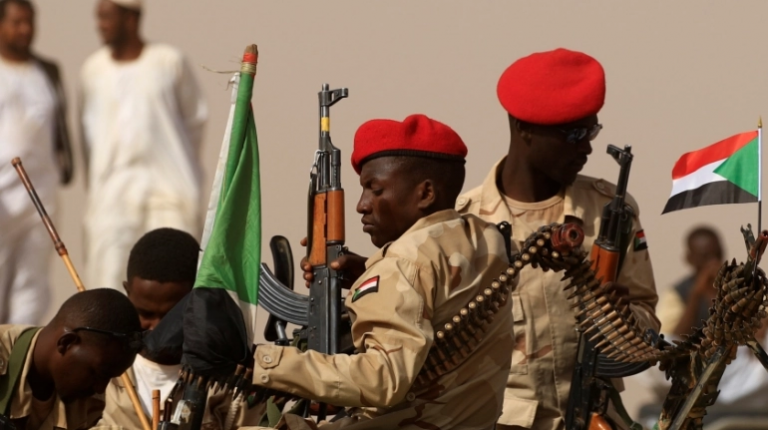 “We condemn in strongest terms Ethiopia’s militias aggression against Quraysha locality in eastern region,” Foreign Ministry of Sudan said in a Tuesday statement.

The Ministry called on international community to condemn the aggression of the Ethiopian militias, and to put an end to such actions.

Earlier on Tuesday, Ethiopia has accused Sudanese forces of pushing into a contested border area that has been the subject to lethal clashes in latest weeks, warning that “it was running out of patience with its neighbour’s continued military build-up in a disputed border area despite attempts to diffuse tensions with diplomacy.”

“The Sudanese side seems to be pushing in so as to inflame the situation on the ground,” Ethiopian foreign ministry spokesman Dina Mufti told reporters. “Is Ethiopia going to start a war? Well, we are saying let’s work on diplomacy.”

On the other hand, the Sudanese Information Minister and government spokesman Feisal Mohamed Saleh said the country did not want war with Ethiopia but its forces would respond to any aggression.

“We fear that these comments contain a hostile position towards Sudan. We ask of Ethiopia to stop attacking Sudanese territory and Sudanese farmers,” he told Reuters news agency.

In December,  Sudan said that a cross-border attack by Ethiopian forces and militias killed several Sudanese troops during a patrol of the border region, according to a statement by the armed forces. The statement said that the Sudanese forces were ambushed while returning from a sweep of the Jabal Abutiour area in the Al-Qadarif province along the border with Ethiopia.

There is a long-running dispute between Sudan and Ethiopia over the fertile Al-Fashqa triangle, in recent months Sudan’s transitional government has engaged in talks with Ethiopia to encourage Ethiopian farmers to withdraw from the area.

Disputes have been concentrated on agricultural land in Al-Fashqa, which falls within international boundaries  of Sudanbut has long been settled by Ethiopian farmers.