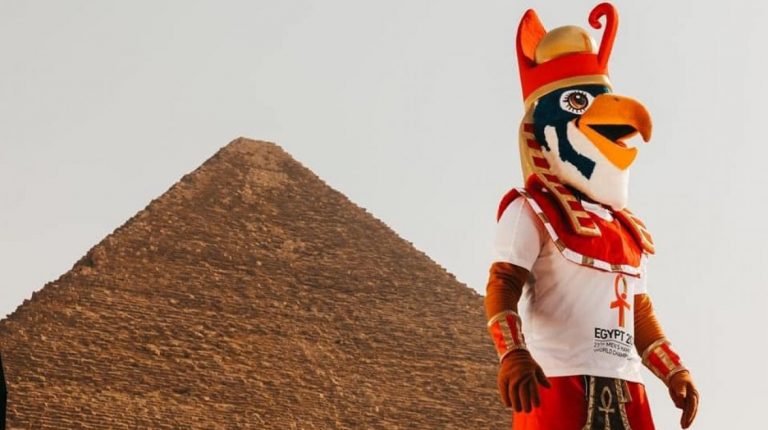 The 27th edition of the World Men’s Handball Championship, which this year is hosted by Egypt, kicks off on Wednesday, amid many great challenges due to the novel coronavirus (COVID-19) pandemic.

The championship will take place from 13 to 31 January with, for the first time in its history,  the participation of 32 teams. The larger number of teams ensures that the tournament will be the largest to take place.

The opening ceremony is due to take place at the Main Hall in the Indoor Sports Halls Complex in Cairo and is set to be a dazzling spectacle despite the recent announcement that no fans will be allowed to attend. As part of the celebrations to launch the tournament, there will be a concert hosted by renowned Egyptian artist Tamer Hosni and a range of other stars.

The opening ceremony will be witnessed by a number of leading figures from within Egypt, as well as Hassan Mostafa, President of the International Handball Federation (IHF).

A ban on allowing fans into stadiums to watch matches is also in effect, including the opening match between Egypt and Chile on 13 January, which will be held at the Main Hall.

The ban against fans attending matches comes according to strict precautions to curb the further spread of the COVID-19 pandemic.

In the past few hours, Prime Minister Mostafa Madbouly met with Minister of Youth and Sports Ashraf Sobhy, to follow up on the final arrangements for the tournament.

The Prime Minister affirmed his confidence in Egypt’s ability to organise a dazzling event, despite the exceptional circumstance in which it will take place. He added that the current circumstances of the global pandemic double the responsibility on the tournament’s organising committee.

It also increases the need to undertake all efforts to organise it well, provide all logistical arrangements, and implement decisive preventive measures, to ensure the event’s success.

Sobhy called on all committees to provide the necessary requirements for the tournament’s success, stressing that Egypt has challenged all difficult circumstances.

Meanwhile, Egypt’s national handball team aims to achieve a dream and reach the tournament’s farthest point despite the psychological impacts of the absence of spectators.

The Pharaohs, who have been placed in Group G, will meet the Czech Republic in their second match on 16 January, and conclude their group stage against Sweden on 18 January.

Ahmed Al-Ahmar, the star and captain of Egypt’s national handball team, has stressed that the World Men’s Handball Championship will not be an easy tournament, given the circumstances cuased by the novel coronavirus (COVID-19) pandemic.

Al-Ahmar admitted that the cancellation of many training camps, for Egypt and for most of the participating countries, will have an impact on each team’s performance. This is particularly the case as handball, as a game, entails constant physical contact with a variety of players and teams.

He said that the Egyptian national team’s mission is difficult, but its goal is to reach the furthest point, and compete for the title to make the Egyptian people happy.

Al-Ahmar added that the Egyptian national team will take each match one-by-one.

The participation, at the World Men’s Handball Championship, of teams from the Arab world is providing much excitement due to the game’s increasing popularity over the past two decades.

Several teams, namely those of Egypt, Tunisia, and Qatar, have performed particularly well at recent tournaments, and have built up an impressive and honourable set of results.

This year’s tournament will witness the participation of six Arab teams, amid great ambitions that they will go on to achieve good results and go far.

This is not the first time that this number of Arab teams has participated in a single tournament, with the 2003 edition seeing seven teams take part, namely Egypt, Algeria, Tunisia, Morocco, Saudi Arabia, Qatar, and Kuwait.

In the 2015 competition, the Qatari team played its best performance, while it was in 2019 that the Egyptian team took bronze in the Youth World Championship and gold in the Junior World Cup.

The first prominent imprint made by Arab teams in the World Championship was through the Egyptian team, when it ranked fourth in the 2001 tournament, held in France. The feat was repeated by the Tunisian team in the 2005 championship, which was held in Tunisia.

The Egyptian national team also holds the record for the number of times an Arab team has taken part in the tournament, having appeared at 15 different tournaments before 2021. It was also the first Arab team to participate at a World Hand Championship, during the 1964 edition in the then Czechoslovakia.

There is much hope for the six Arab teams taking part in the 2021 World Men’s Handball Championship to achieve good results. Morocco and Algeria were drawn in the same group during the first round of the tournament.

Morocco, who also go by the moniker the Atlas Lions, will be able to look forward to an early clash with neighbouring Algeria, the Warriors of the Desert, where the two sides will meet in the opening match of Group F.

However, the result of this early clash on Thursday may not affect the two teams’ chances of making it to the second round of the tournament.

The two teams have a good chance of qualifying for the next round, in a European-African group that includes Iceland and Portugal.

Iceland is considered the most likely to make it through to the next stage, while the other three teams in the group have relatively equal chances of competing for the other two cards from this group.

Portugal does not have a great history in the world of handball, especially in World Cup tournaments. The team is playing in the World Cup for only the fourth time in its history, with its best achievement being 12th in 2003, the last time that Portugal took part in the tournament.

At the European level, the team made participation at the 2020 Nations Cup tournament, for the first time since 2006. Its 2020 Participation was its sixth in the history of the tournament, where it also witnessed its best result ranking in sixth place.

However, the team will clash with three more experienced teams, as Iceland has participated in the World Cup 20 times, compared to 14 previous participations by Algeria and six by Morocco.

But both the Algerian and Moroccan teams have yet to reach Portugal’s best result, as Algeria ranked in 13th place in 2001, whilst Morocco ranked in 17th in the 1999 World Men’s Handball Championship.

Iceland has a clear advantage over the rest of the group, and has never lost against any of the other three teams in this group in the last World Cup tournaments.

Regardless of the results of the different matches in this group, its competitions will guarantee at least a seat for African and Arab handball in the competition’s main round.