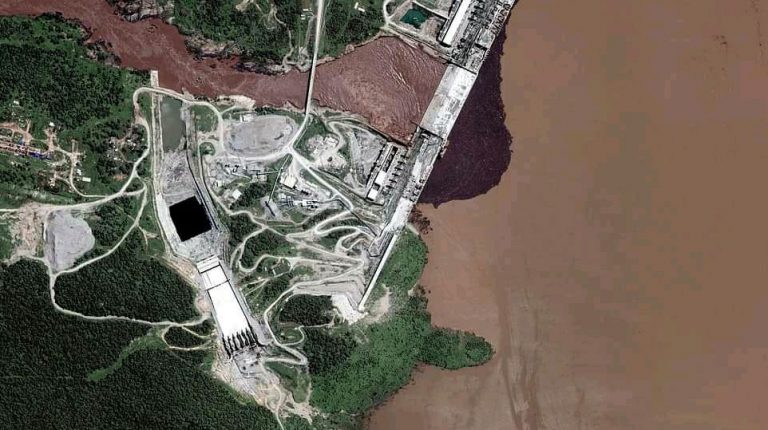 Egypt’s Minister of Water Resources and Irrigation Mohamed Abdel Aaty said that Ethiopia is  intransigent regarding the Grand Ethiopian Renaissance Dam (GERD), and has retreated from most of the articles agreed upon during Washington talks.

During his speech before the House of Representatives, on Sunday, Abdel Aaty said that the US mediation assisted in creating a draft agreement. He added that Egypt initialled the agreement, but Ethiopia rejected the draft.

“Egypt also responded to the Sudanese Prime Minister’s [Abdullah Hamdouk] initiative, and after that many tripartite meetings were held,” the Egyptian minister said, “Ethiopia backed away from most of the technical provisions in the Washington path during those meetings, especially the technical points.”

Abdel Aaty said that four meetings were held under the auspices of the African Union (AU), in addition to five multi-party meetings that took place in the presence of the Ministers of Irrigation and Foreign Affairs of the three involved parties, namely Egypt, Ethiopia and Sudan. He noted that “unfortunately there is Ethiopian intransigence on this”.

Egypt receives about 70% of its water flow from the Blue Nile and Atbara Rivers, both sourced in the Ethiopian plateau and which merge in north Sudan. The country is already water-scarce, and with the Ethiopian intransigence, Cairo fears that the mega-dam could affect its water share.

The talks between the involved parties in the GERD issue have been unable to reach consensus on the disputed points on filling and operating the Ethiopian dam.

Abdel Aaty announced an urgent plan to counteract the dangers of flooding, as projects worth EGP 10bn have been implemented since 2016 to the present date.

He added that coastal protection projects in the River Nile delta have protected facilities, worth EGP 100bn, that could have been exposed to the impacts of sea-level rises.