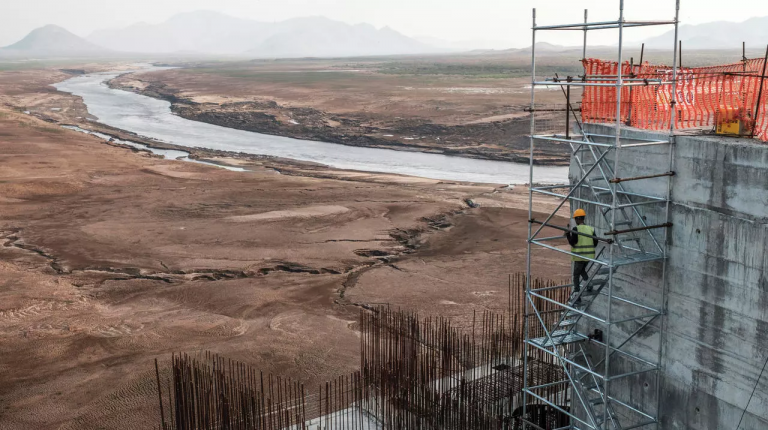 Ethiopia is proceeding with the second filling of its controversial dam on Nile River, and will not extend the waiting period for any reason, Ethiopia’s Minister of Water, Irrigation and Energy Sileshi Bekele has said.

During a symposium on the Grand Ethiopian Renaissance Dam (GERD) on Friday in the Ethiopian capital, Addis Ababa, Bekele said that 79% of the dam’s overall construction has been completed so far.

The symposium’s objective was to explore the current status of the dam and the ongoing trilateral negotiations between Ethiopia, Egypt, and Sudan.

Bekele added that his country “negotiates for the equitable share and reasonable utilisation of the Nile River without causing significant harm on the downstream countries”.

Moreover, the Ethiopian Minister of Foreign Affairs Demeke Mekonnen said, during the symposium, that his country owns 86% of the river’s waters, and that no one can prevent the country from benefiting from its share.

Commenting on the latest Ethiopian remarks, Egypt’s former Minister of Water Resources and Irrigation Mohamed Nasr El-Din Allam described the Ethiopian insistence on commencing the disputed dam’s second filling without reaching consensus with the parties as “bullying amid an international silence.”

Allam highlighted Ethiopia’s rejection of the US announcement that it is accepting its role as a mediator in the Ethiopian dam crisis if the three countries agree.

The former minister also noted that Ethiopia’s announcement of the unilateral second phase filling of its “sabotage” dam pushes those downstream countries, namely Sudan and Egypt, to take hard solutions.

He also questioned the necessity for Egypt and Sudan to move immediately to the UN Security Council to stop Ethiopia from raising the central part of the dam, a move which threatens the national security of the two countries.

Both Egypt and Sudan fear the consequences related to the filling and operation of the $4.6bn mega-dam, as it may restrict their vital water supplies.