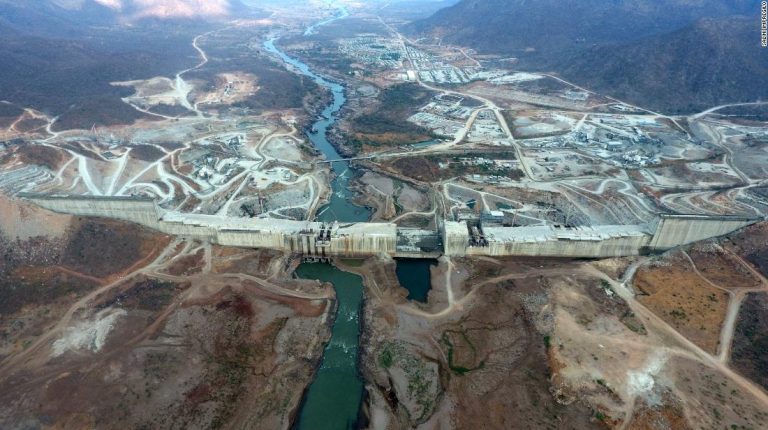 Sunday’s meeting brought together the Ministers of Foreign Affairs, and Water Resources, of Egypt, Sudan, and Ethiopia.

Egypt’s Minister of Foreign Affairs Sameh Shoukry and Minister of Water Resources and Irrigation Mohamed Abdel Aaty headed to Kinshasa on Friday, to represent Egypt. The meeting was called by the DRC, which is currently chairing the African Union (AU).

The current round of negotiations on the disputed Grand Ethiopian Renaissance Dam (GERD) came about after about three months of deadlock since the last meeting between the parties on 11 January.

Meanwhile, Ethiopia’s Minister of Water, Irrigation and Energy Seleshi Bekele said that his country is doubling its efforts to start generating power from the dam in August this year. This will follow on from the completion of the second filling of the dam’s reservoir.

For his part, Sudan’s Minister of Irrigation and Water Resources Yasser Abbas said, on Sunday, that the second filling of the Ethiopian dam must be done after Ethiopia reaches an agreement with Egypt and Sudan.

In media statements, Abbas added that the agreement should include the rules for filling and operating the dam. He noted that Cairo stresses setting a method for negotiations between the third parties in the current negotiations hosted by the DRC.

The meetings have come amid expectations that a summit between the heads of state of the three countries will be concluded on Tuesday, if there is progress at the technical and ministerial levels.

Egypt aims to reach a serious and effective negotiation process to achieve a binding legal agreement on filling and operating the dam. It is concerned that the dam will seriously affect its share of River Nile waters, in addition to its threats to the security of Sudan.

Sudan has proposed an initiative, agreed to by Egypt, to involve international parties in mediating the GERD talks. This is likely to involve an international quartet, including the United Nations (UN), the European Union (EU), the US, and the African Union (AU). However, Ethiopia has firmly rejected the proposal.

Last week, Egypt’s President Abdel Fattah Al-Sisi asserted that his country will allow no one to take a single drop of its water, adding that “no one is untouchable for us”.

He noted that he has always underscored that negotiations have always been Egypt’s first option from the beginning. Any hostile action is ugly and it will have an enormous effect on the region’s stability, Al-Sisi added.