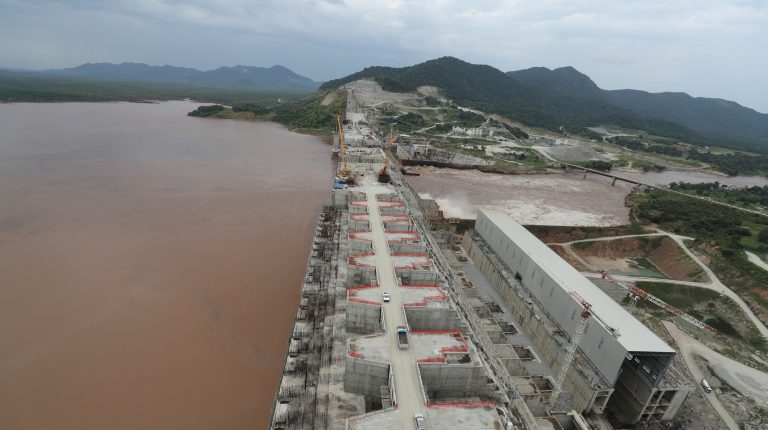 Egypt’s Foreign Ministry has officially announced that the latest round of negotiations on Ethiopia’s massive dam, held in the capital of the Democratic Republic of Congo (DRC), Kinshasa, had failed.

In a statement on Tuesday, Egypt blamed Ethiopia for the failure of the 4-5 April talks.

“Ethiopia rejected the proposal submitted by Sudan, which was supported by Egypt, to form an international quartet, led by DRC as the current chair of the African Union, to mediate between the three concerned parties,” the statement read.

The latest round of negotiations on the disputed Grand Ethiopian Renaissance Dam (GERD) came after about three months of deadlock since the last meeting between the three parties on 11 January. The Kinshasa meeting brought together the foreign and water ministers of Egypt, Sudan, and Ethiopia.

Addis Ababa also rejected all other proposals and alternative solutions put forward by Egypt, and supported by Sudan, in order to enhance the negotiation process and help countries participating as observers to actively engage in the talks and put forward new solutions to controversial technical and legal issues regarding the dam.

Moreover, Ethiopia also rejected an Egyptian proposal presented during the closing session of the ministerial meeting, and also supported by Sudan, aiming at resuming negotiations under the leadership of the DRC and with the participation of international observers.

The Egyptian proposal came in accordance with the existing negotiating mechanism, which clearly proves the flexibility and responsibility that Egypt and Sudan have assumed, and confirms their serious desire in reaching an agreement on the GERD, according to the Egyptian Foreign Ministry.

Egypt said that the Ethiopian position once again reveals the lack of political will to negotiate in good faith and its endeavour to procrastinate. Egypt accused Ethiopia of pursuing a useless negotiation mechanism, which is an unfortunate approach that the Egyptian negotiator is well aware of it.

Last week, Egypt’s President Abdel Fattah Al-Sisi asserted that Egypt will allow no one to take a single drop of its water, “and no one is untouchable for us.”

“I always underscore that negotiation is our first option from the beginning. Any hostile action is ugly and it will have an enormous effect on the region’s stability,” Al-Sisi said.

Egyptian Foreign Minister Sameh Shoukry affirmed that Egypt participated in the Kinshasa meetings in order to resume negotiations under the leadership of the DRC, according to a specific timetable in order to reach a fair, balanced, and legally binding agreement on the Blue Nile dam. However, the Ethiopian side refused to return to negotiations, which will complicate the crisis.

Both Egypt and Sudan have concerns related to the safety of the GERD. Egypt is depending on the Nile flow to meet about 97% of its present water needs. With only 660-cubic-meter of water per person, Egypt has one of the world’s lowest annual per capita water shares. Therefore, Cairo fears that the Ethiopian mega dam could affect its water share.

Opinion| When age is not a liability