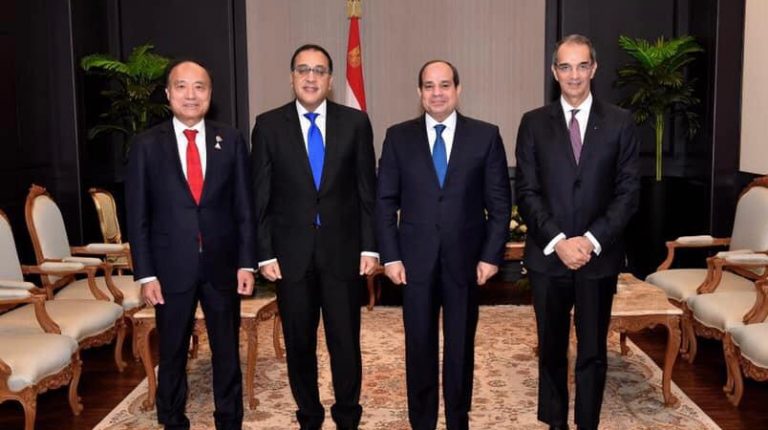 Increased internet speed and the growth of digital exports to $4.1bn are the most prominent aspects of the significant developments in Egypt’s information and communication technology (ICT) sector over the past seven years.

The significant growth in the ICT sector has come as a result of the major support the sector received from President Abdel Fattah Al-Sisi, in light of the state’s orientation towards building a digital Egypt.

The sector maintained its position as the fastest growing sector in the country for two consecutive years. The growth rate is expected to reach 16% during FY 2020/21, according to a report issued by the Ministry of Communications and Information Technology.

The ministry’s report noted that 60 digitised government services were launched on the ‘Digital Egypt’ platform, as part of a project implemented with investments of EGP 3bn.

The project aims to digitise government services, and make them available through multiple outlets suitable for all citizens. These outlets include the Digital Egypt platform, post offices, government service centres, and the 15999 call centre.

These complexes will act as centres for development, creativity and digital manufacturing of electronic applications and products. They are also set to stimulate start-ups and develop qualified staff in the field of advanced electronics.

A contract has also been signed with global technology company Samsung, to manufacture educational tablets in a new factory that will be established in Beni Suef.

The project’s investments are worth $30m, and the factory, on which construction is expected to be completed in March 2022, will help provide jobs for more than 500 people. The contract also includes training 1,000 technicians to use the latest technologies.

According to the report, the first phase of the communications infrastructure development project was implemented across Egypt in 2019 with investments amounting to $30bn.

The second phase was implemented in the second half (H2) of 2020 at a cost of about EGP 5.5bn during FY 2020/21. These efforts have resulted in increasing the internet speed in Egypt by a six fold since January 2019.

The average fixed internet speeds in Egypt rose to 39.6 Mbit/s in April 2021, compared to 6.5 Mbit/s in January 2019. Telecom Egypt (TE) has also won the title for the fastest internet provider in North Africa, according to the report.

Furthermore, an ambitious plan was implemented to reformulate the role of Egypt Post, making them outlets that provide vital services to citizens and creating a qualitative leap in terms of form and content.

Within the framework of the plan, 1,600 offices out of a total of 4,000 post offices were developed, in addition to the installation of 750 ATMs. Moreover, a plan is underway this year to establish 500 new offices, develop 1500 offices, and install 1,000 ATMs at several post offices.

Many of the branches of Egypt Post were also expanded and provided with modern-technology devices. Egypt Post mobile booths can move around during rush hours at post offices, especially pension payment time.

Pension disbursement has also become an automated process by introducing ‘smart cards’, with a pension delivery service for the elderly and people with special needs also provided.

Egypt Post has also become an outlet for ‘Digital Egypt’ services, as well as financial inclusion services. It also works as an intermediary between customers and companies, including consumer microfinance, microfinance, and micro-insurance.

Through Egypt Post, applications can be received, funding disbursed, and premiums collected.

The report stated that a study is currently underway to launch a digital mobile wallet to help customers obtain microloans, pay bills, pay for purchases, and make cash transfers.

The Design Show brings talented architects, builders under one roof

Facebook presents vision of being a privacy-focused communications platform