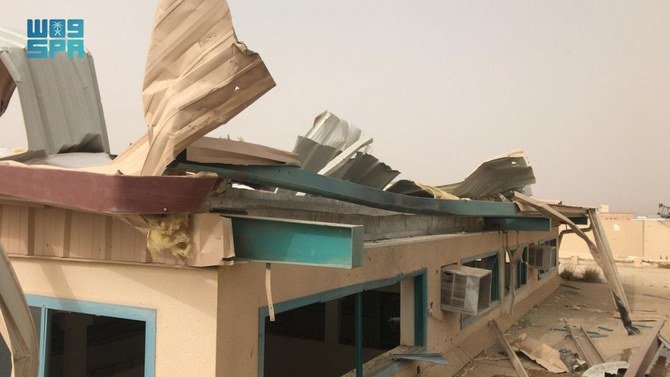 Egypt expressed its strong condemnation and denunciation, on Monday, of the latest attack by Yemen’s Houthi militia which targeted a school in Saudi Arabia’s Asir region with a bomb-laden drone.

In a statement by the Ministry of Foreign Affairs, Egypt reiterated its support of Saudi Arabia and its measures to preserve its security and stability.

The ministry also said that Egypt reaffirms its full solidarity with Saudi Arabia, and highlighted its continuous support for all the measures taken by the Kingdom to preserve its security and stability.

This includes Saudi Arabia’s steps to protect the safety of its citizens and lands in the face of these “heinous, cowardly terrorist acts”. Egypt added that such attacks represent a grave violation of the rules of international and humanitarian law, and pose a threat to regional peace and security.

On Sunday, Saudi Arabia said a drone launched by Houthi rebels landed on a school in the Asir region, near its southern border. Although no injuries were reported, the attack did damage the school’s rooftop, according to photos published by the state-run SPA agency.

Egypt has repeatedly expressed its full support of the Saudi-led coalition against Houthi rebels in Yemen. On 10 May, Egypt condemned the continued terrorist operations by Houthi militias against Saudi territories, after Abha International Airport was hit by an explosive drone.