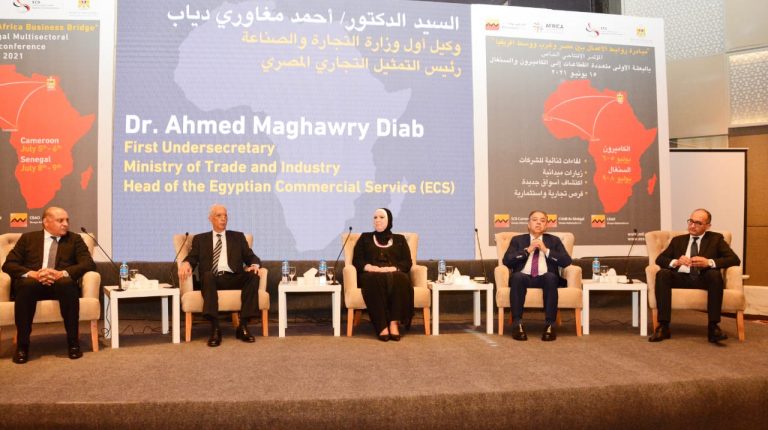 Egypt’s Minister of Trade and Industry Nevine Gamea has announced the launch of trade missions to Central and West Africa.

The missions aim to explore trade and investment opportunities available in these promising markets, and strengthen cooperation with business communities across the continent.

The first of these missions will begin in July, and will head to Senegal and Cameroon. They will take place in coordination and cooperation with the Egyptian Commercial Service (ECS) and the Attijariwafa Bank, which is one of the most important banks operating in these two countries.

The minister said that this trend comes as part of the Egyptian Government’s keenness to provide all aspects of support and assistance to African countries. This is with the aim to raise their capabilities in all areas related to trade liberalisation and investment promotion.

They also aim to share the Egyptian experience in supporting industrial sector, and supporting small- and medium-sized enterprises (SMEs).

During the Africa Business Bridge Forum, which was held on Tuesday, Gamea noted that the Egyptian Government has taken a number of measures and mechanisms to enhance trade relations between Egypt and Africa.

The fund bears 50% of shipping costs for Egyptian exports destined for Africa, which has been increased in the new programme scheduled to start early next month, which see the fund bear 80%.

Hicham Seffa, Managing Director of Attijariwafa Bank Egypt, said that this initiative comes under the supervision of the Ministry of Trade and Industry and the ECS. It represents an important step towards strengthening trade, industrial, and investment cooperation across the continent, especially in West and Central Africa.

Seffa added that Attijariwafa Bank is Senegal’s foremost bank, having 86 branches under its name whilst acquiring 17% of the market share. This is in addition to occupying fourth place in Cameroon with a market share of 10% and 55 branches.

He noted that the bank’s operations in these two countries will receive the participants in the mission to help in pursuing and providing export opportunities to conclude business deals with counterparts in Senegal and Cameroon.

For his part, ECS Head Ahmed Maghawry said that there are about 34 African countries that have been nominated to increase commodity lists until 2024.

1 in 3 women experience violence globally: WHO