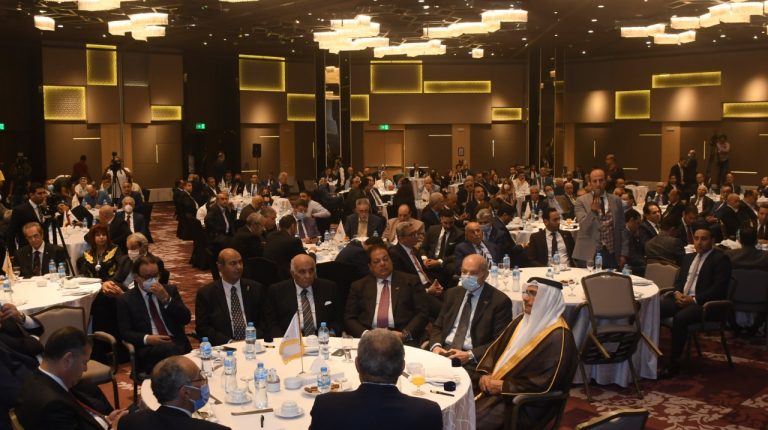 The Kemet Centre for International Arbitration has been launched in Cairo as the first centre of its kind in Egypt.

Ahmed Fathy Sorour, Head of the centre’s Board of Trustees, said that choosing Egypt as the centre’s starting point was the result of fruitful cooperation and coordination with several Arab countries.

The Kemet Centre, launched on Tuesday, aims to serve as an investors’ destination for its neutrality and transparency, as it boasts legal experts in the fields of banking, investment, and financing.

It will arbitrate in trade and investment disputes, offer legal consultations, and organise training courses to prepare well-qualified arbitrators to advocate before local and international bodies, Sorour added.

The centre will also organise conferences to raise legal awareness, in addition to offering all modern alternatives in resolving disputes and cooperating with other arbitration centres, he added.

Meanwhile, Deputy Speaker of the House of Representatives Mohamed Abou El Enein said that Sorour is a great addition to the Kemet centre, and described Tuesday’s launch ceremony as a historical event.

Abou El Enein also said, “About 80% of the investors bring a third international party for arbitration, therefore we are here to announce the launch of the first Egyptian international arbitration centre.”

The Kemet Centre will be a part of the international arbitration system, coming in line with the latest global standards, he added.

Safwat El Nahas, Chairperson of the Board of Directors at Kemet, said that the centre works to affirm support for arbitrators, especially those who have economic competencies to enhance transparency.

El Nahas pointed out that Kemet will contribute to fostering ways of investment, supporting cooperation among various bodies, and improving ways of settling disputes among the parties to boost economic relations.

The centre aims to prepare a new generation of arbitrators to support fields of international arbitration, he added.

During the ceremony, he underlined that the centre will have six branches across the Arab region, and will look to increase them in the future. He affirmed that the Arab presence at the centre’s launch ceremony supports Arab cooperation and the centre’s ideas.

Mohamed Al-Suhaim, Jeddah’s public prosecutor, said the centre’s launch comes in line with the great importance placed on trade and international cooperation. He made note of the increase in Saudi investments in Egypt due to its recent economic reforms.

Al-Suhaim asserted the importance of international trade which requires Arab arbitrators to achieve integration among countries in the region.

Meanwhile, head of the Arab Parliament Adel Al-Assoumi voiced his support for the Kemet Centre, which contributes to protecting investors, and added that the centre brings together pioneering legal experts at the Arab level.

The centre has announced the formation of its board of trustees, which is headed by Sorour, and includes: former Minister of Justice Ahmed El Zend; Mohamed Reda Shawkat, President of the Cairo Court of Appeal; Ibrahim El Henedi, former Minister of Transitional Justice; Mohamed Abou El Enein, Deputy Speaker of the House of Representatives; Maged El Sherbiny, former president of the Academy of Scientific Research and Technology (ASRT); Abdel Hamid Al-Bishri, Sudan’s former ambassador to Djibouti; and Alaa Abed, head of the House of Representatives’ transport committee.

The Board of Directors includes: Safwat El Nahas, former head of the Central Agency for Organization and Administration (CAOA); Samir Jawid, Head of the Egyptian Arbitration Centre; and Ahmed Saad El-Din, the House of Representatives’ Deputy Speaker.