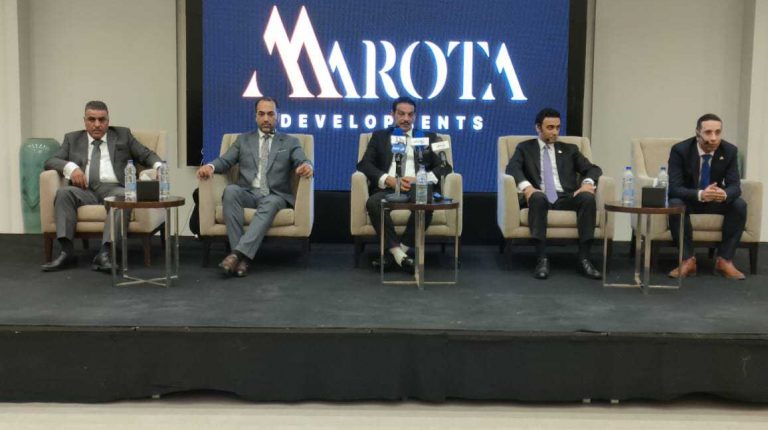 Marota Developments has announced that construction has begun at its Mastro project, located in a distinct area of the New Administrative Capital’s (NAC) Downtown area.

COO Ashraf Diaa said that the company has chosen a prime location for its first project in the NAC, as it will serve as a gateway to entertainment and promenades in the major national project.

At a press conference on Saturday, Diaa added that Mastro is located in the only area designated for retail, restaurants, and entertainment in the Downtown area.

Diaa said that Marota Developments was established about a year ago, and purchased the Mastro project’s plot of land last August. The company has a complete sales and marketing team on board, which includes a number of successful and distinguished members with strong experience in their fields.

“The company has cooperated with a number of distinguished success partners in several specialisations of the project so far, in order to achieve a balance between the project’s aesthetic advantages and distinctive external design, besides the internal operational functions of the project to ensure the success and excellence of the internal operators,” Diaa said, “Furthermore, the company is keen on ensuring that the mall visitors would enjoy their presence in a place full of entertainment activities not just a mall.”

“Accordingly, the company chose international consultant office Raef Fahmi Architects, who is one of the innovators in architectural and engineering field, to play the role of the engineering consultant for the Mastro mall,” Diaa said, “Raef Fahmi expressed his appreciation for the uniqueness of the project’s location and the proportion of its activity to the area in which it is located, which contributes to the implementation of a project that will be an icon for the area.”

He added that Marota Developments has also contracted with the French operator, Business Concierge, which specialises in determining financial studies and commercial specialisations for the project. This is alongside cooperation with a strong Egyptian company specialised in the field of technology, which will be announced soon.

A company focused on developing an internal calendar for the mall was contracted to ensure the existence of various recreational activities throughout the year, he added.

Diaa concluded that the company does not see the project as mere sales metres, but seeks to implement a distinctive project that is attractive to customers and profitable for operators.

For his part, Head of Projects Management Waleed Selim said that Marota Developments began excavation work on the project before marketing it, which reflects the company’s strong financial solvency.

It boasts an executive plan that depends on self-financing of the project, which is an important step to enhancing customers’ confidence in the company.

Selim added, “It is planned to start the project delivery within three and a half years, but the company aims to deliver the project six months ahead of schedule, depending on the time schedule that has been set, in addition to the speedy provision of the necessary services required by customers.”

Furthermore, Ahmed Samir, Head of Sales and Marketing at Marota Developments, said that the company has a distinctive and comprehensive selling plan to market the mall and deliver it to target customers.

This is in addition to offering various and flexible payment plans commensurate with customers’ purchasing powers, with down payments starting from 0% and going up to 15%.

Based on market studies carried out by Marota Developments, the unit sizes at the mall were determined, in addition to providing 850 sqm vacant spaces on the fourth and fifth storeys.