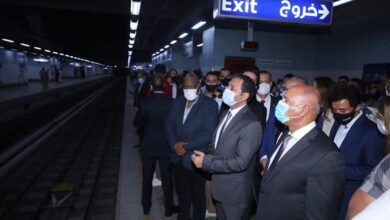 Egypt’s Minister of Transport Kamel El-Wazir has witnessed the official operation of the Cairo Metro Line 3, which will be run and maintained by France’s RATP Dev, the MENA news agency has reported.

At the beginning of the ceremony, El-Wazir welcomed France’s Ambassador to Egypt Stéphane Romatet and Laurence Batlle, Chairpersonof the Executive Board of RATP Dev.

El-Wazir said the partnership between RATP Dev and the Ministry of Transportation is part of the Egyptian Government’s approach under the directives of President Abdel Fattah Al-Sisi to cooperate with international operators.

These efforts are being undertaken to support the management, operation, and maintenance system in Egyptian institutions.

It also aims to strengthen the private sector’s role in maximising the efficiency and quality of services provided to citizens, he added.

The RATP Group will mobilise the best of its know-how and technical expertise to make Line 3 a world reference in terms of quality and reliability. It is a reflection of the long-lasting relations between Egypt and France in the transport sector, the minister added.

The Cairo Metro’s Line 3 will run for 47.87km through 39 stations. The line will connect areas of east Cairo, starting from the ring road El-Asher area and El-Salam city, through Adly Mansour station, before ending in Imbaba and the Rod El-Farag road on the Ring Road west of Cairo.