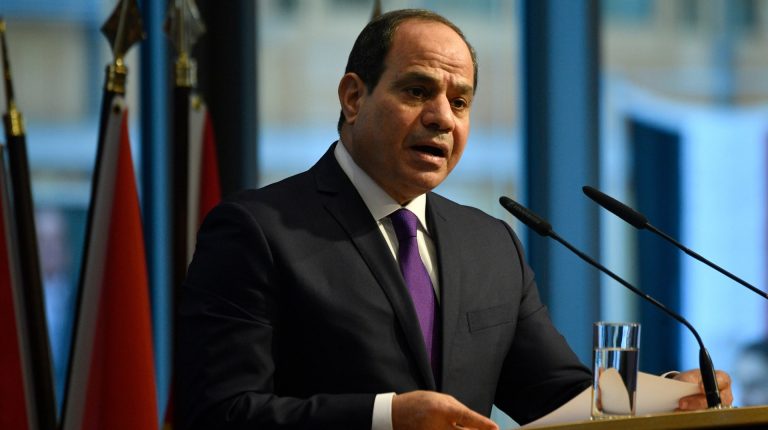 Egypt’s President Abdel Fattah Al-Sisi has directed for the maximised use of renewable energies, during a meeting with Prime Minister Mostafa Madbouly and Minister of Electricity and Renewable Energy Mohamed Shaker.

Bassam Rady, Spokesperson for the Presidency, said that the meeting dealt with “a review of a number of projects under the Ministry of Electricity and Renewable Energy”. This relates especially to projects in the new and renewable energy sectors, alongside the electrical interconnection with neighboring countries, in addition to the main national electricity grid control centre in the New Administrative Capital (NAC).

Shaker reviewed the latest developments in the electrical interconnection project with Saudi Arabia, by extending power lines and establishing a number of electrical transfer stations on both sides. This is with the aim of exchanging electrical energy between the national electricity networks in the two countries, to achieve mutual economic benefit between them throughout the year according to the needs of each side.

The President directed for the governance of the timetable allocated for implementing the required amendments. This would take into account the additional extension of the reconstruction axis towards the west, to accommodate the dense movement of citizens on it as a major linking axis between Alexandria and the villages and cities of Egypt’s North Coast.

Rady added that Shaker also reviewed national projects in the electricity production sector that use new and renewable energy, especially those that depend on wind and solar energy.

These are taking place in cooperation with private sector companies and in partnership with foreign expertise, as part of Egypt’s strategy for integrated and sustainable energy. This comes as part of the country’s targets of having 42% of its energy needs from renewable energy sources, which will make up the electrical energy mix in Egypt by 2035.

In this context, the President directed to continue the national plans to enhance the renewable energy component and maximise its value, to diversify the sources of energy supply on which the development process in Egypt depends.

Al-Sisi also directed the preparation of an integrated national strategy for hydrogen production with the participation of the various sectors in the country.

This is with the aim of ensuring the country possesses the capacity in the field of hydrogen generation and exploitation, whilst keeping pace with global developments in this field. This is in partnership with global expertise and to add green hydrogen energy to the integrated national energy system, in light of the growing international interest in hydrogen projects.

The meeting also reviewed the executive position regarding the establishment of the main control center in the national grid for electricity transmission in the New Administrative Capital (NAC). This was in addition to the executive and construction position regarding the electrical supply of the administrative capital, high-voltage cable tunnels, as well as control and distribution centres.