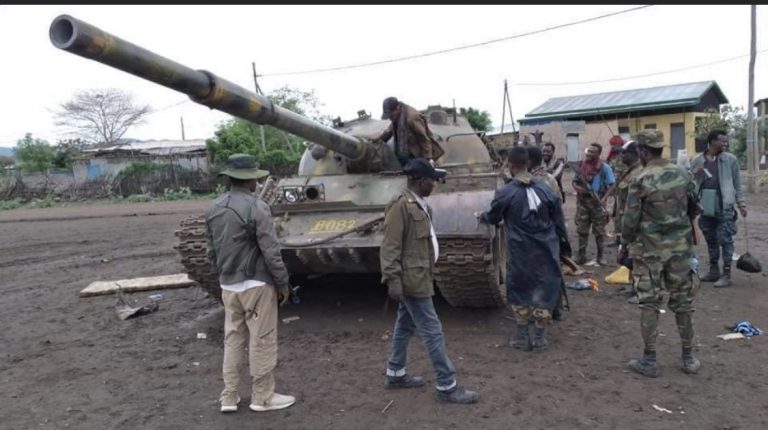 Commander of Tigray Defence Forces (TDF) General Tsadkan Gebretensae has said that they could march to Ethiopian capital Addis Ababa with no real opposition.

He added that they destroyed several divisions of the Ethiopian National Defence Forces (ENDF) in the Kobo-Weldiya area in the Amhara region, as well as the presidential guard forces.

“The balance of forces is now completely in our favour,” said Gebretensae.

Gebretensae led the battle against ENDF since the war erupted in November 2020.

He explained that the TDF can move swiftly to control the Addis Ababa-Djibouti road and will be in a position to accept humanitarian assistance directly.

Last week, TDF started an offensive into the neighbouring state of Afar, saying that they are conducting a preemptive strike against ENDF and Amhara region troops in the area.

The TDF managed to control three districts in Afar this week, according to Afar’s regional spokesperson Ahmed Koloyta.

The region is of strategic importance because the main road and railway linking Addis Ababa, landlocked Ethiopia’s capital, with the seaport of Djibouti run through it.

Advisor to President of Tigray Getachew Reda tweeted on Friday: “Abiy Ahmed’s war machine is, essentially, destroyed. What was left of his regular army has been destroyed or in disarray in engagements in Afar, Northern Wollo [in Amhara State] and Northern Gondar [Amhara State] yesterday and today. The last strongholds in Qobo and Adi Arqay and Chawber have been broken.”

In November 2020, war erupted between ENDF and the Tigray ruling party TPLF. In June, Tigray forces took control of Mekele, as the Ethiopian army withdrew after almost eight months of fighting.

US, Sudan agreed to encourage conflict parties in Tigray to cease fire