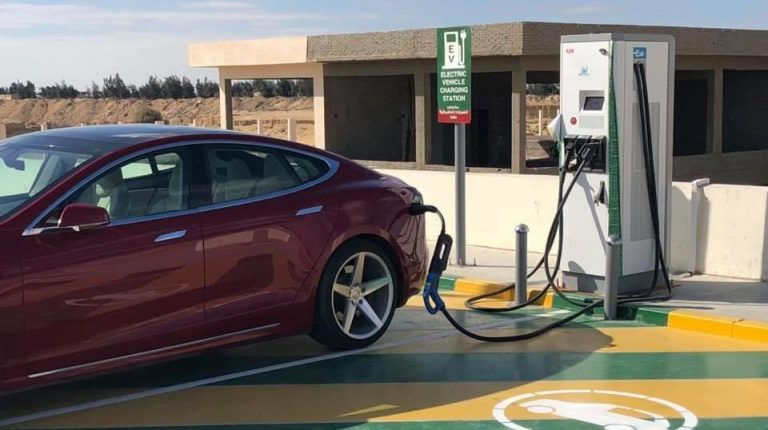 The Egyptian government is exerting great efforts to localise electric vehicle (EV) technology by supporting and encouraging consumers to use the new environmentally-friendly mobilisation method, to keep pace with the global shift towards clean energy.

In this regard, car industry experts agreed that the local market is one of the most promising markets in Africa and the Middle East for the localization of electric vehicle technology, given the government’s provision of many facilities and incentives to consumers and investors, to encourage them to use electric vehicles.

Experts stressed that setting charging tariffs and granting licences for electric cars will contribute to their spread in Egypt, in addition to attracting foreign and Egyptian investors to pump large investments in this sector and invest in infrastructure.

The year 1884 witnessed the launch of electric cars in the world, through the English inventor Thomas Parker, who invented the first electric car that was equipped with special batteries with high capacity for recharging. He was preceded by Scottish Robert Anderson who conducted some attempts in 1835, but his car was very weak.

Although the electric car achieved a great level of comfort and ease of operation for its owner, its price was the first obstacle and the major challenge to its spread in the countries of the world, due to the high price of lithium batteries used in the car.

And fuel-powered cars achieved great popularity during that period for several reasons, the first of which was their licenses compared to their electric counterparts.

At the beginning of the twentieth century, the number of electric cars reached about 30,000, and with its continued spread, electric cars found their first commercial use in the United States in 1897.

Electric cars have come a long way, during the past periods, to record sales growth during the first nine months of 2020 by up to 10.9%, with a total of 1.78 million cars, compared to 1.61 million units sold during 2019.

Currently, electric cars have become a reality that imposes itself in many countries of the world, and a global trend, especially in light of the increase in carbon emissions during the past years, in addition to the dependence of these countries, including Egypt, on clean energy to reduce pollution and protect the environment.

From the world to Egypt, where the Egyptian government started early to rely on clean energy and preceded many countries in the world, it worked to equip all new cities with the infrastructure for charging electric cars, while providing many incentives and facilities to encourage the use of these cars.

Over the past year, the government enacted several policies aimed at establishing a market for electric cars in Egypt, so the Ministry of Business Sector signed an agreement with major Chinese car companies, to produce 25,000 electric cars annually within the El-Nasr Automotive Company, and the price of the E 70 is about EGP 300,000.

According to the plan of the Nasr Automotive Company, the first electric car will be produced and manufactured in the first half of 2022. The plan includes establishing 3,000 fast-charging stations over 3 years to serve electric car owners, which will encourage citizens to buy EVs.

Within the framework of the project to revive the El-Nasr Automotive Company, and in implementation of the directives of the political leadership, the Ministry of State Enterprises Sector is working on reviving the company by producing 25,000 electric passenger cars annually bearing the slogan “Made in Egypt.” This project intends to localize electric vehicle technology in Egypt, and as an export gateway to Africa and neighbouring countries.

After many negotiations carried out by the Ministry of Business Sector, the company “Dongfeng” was chosen, which is one of the largest car manufacturers in China with a production volume of 3.6 million cars annually and is nominated by the Chinese government.

In June 2020, El Nasr Automobiles signed a memorandum of understanding with China’s Dongfeng to produce the car “Nasr E70” with a local manufacturing rate of 50%, gradually reaching 100%, whose prices were estimated at EGP 300,000, after being supported by the Egyptian government.

According to the business sector plan, 25,000 electric cars will be produced and manufactured annually, and production will start at the end of next year, provided that they will be available in the Egyptian market in the first half of 2022.

Al-Nasr Automotive Company is preparing to produce the first locally-made electric car, to be the gateway for the entry of electric car technology to North Africa, where it has begun to raise the efficiency of the company’s production lines, and the works included the building of the car assembly plant and parts manufacturing lines, in addition to infrastructure repair operations, including networks Water, drainage and supply line.

According to the statements of Hisham Tawfiq, Minister of the Business Sector, a package of incentives for electric cars has been developed, including a subsidy of EGP 50,000 for the first 100,000 buyers, according to specific controls, and coordination with the Ministries of Electricity and Local Development to establish 3,000 fast-charging stations for 3 years and a project to replace the white taxi with electric cars, similar to the project to replace the white taxi in 2008.