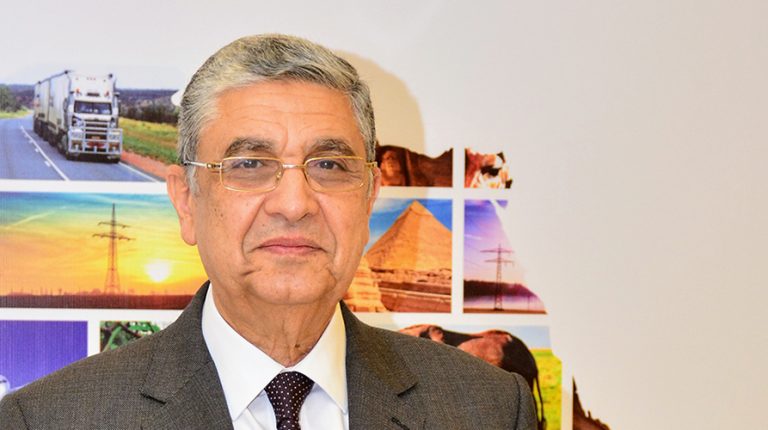 Mohamed Shaker, Egypt’s Minister of Electricity, said Egypt possesses promising power capabilities in the field of electricity transmission, in light of the development of electricity production plants over the past five years, which helped achieve production surplus.

Shaker stated that nearly EGP 36bn has been spent over the past years to raise the quality and efficiency of local power plants.

He told Daily News Egypt, on the sidelines of his participation in the Builders of Egypt Forum, that his ministry has a strategy for electrical connection with the surrounding countries in light of its economic feasibility.  He revealed that Egypt plans to export up to 3,000 MW/h of electricity to Cyprus and Greece.

Moreover, the Egyptian government has a future plan for electricity interconnection with Sudan, Jordan, and Iraq.

He stated that the interconnection capacity with Sudan may reach 240-300 MW/h, with the required equipment for the project arriving in Egypt during the coming period.

With regard to the aspect of using renewable energy in seawater desalination, Shaker said that the ministry is studying several offers submitted by Egyptian and international companies in this regard, in coordination with the Ministry of Housing and Utilities, according to the required capacities between 1,000 and 2,000 MW/h.