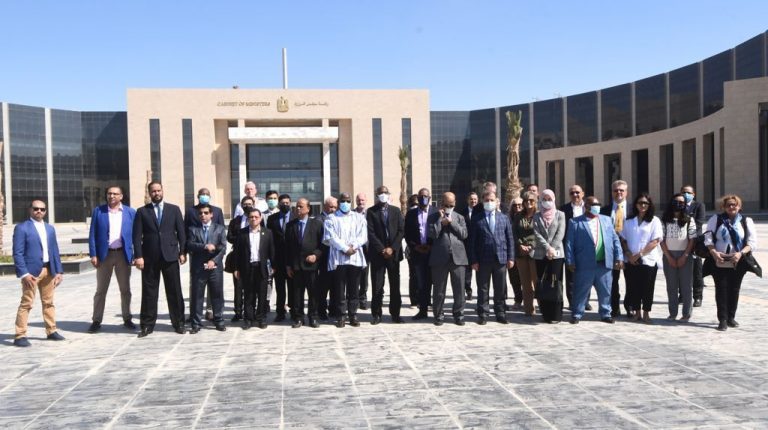 The Ministry of Foreign Affairs organized Monday a tour in the New Administrative Capital for newly accredited foreign ambassadors and members of the foreign diplomatic corps.

The introductory tour of the foreign ambassadors included a visit to the government district, the buildings of the Cabinet, Parliament, Foreign Affairs Ministry, the Cathedral of the Nativity of Christ, which is the largest in the Middle East, as well as the City of Arts, which contains the Capital Library, the Museum of Egyptian Capitals and the new Opera House.

Ambassador Yasser Reda, Assistant Foreign Minister for Financial and Administrative Affairs, the General Court and the Administrative Capital, delivered a speech before the foreign ambassadors, in which he explained that government work will witness a major shift from the administrative capital, which reflects part of the achievements that Egypt has achieved in recent years.

Reda indicated that the Foreign Ministry’s move to work from its new building in the Administrative Capital coincides with the centenary of the inauguration of the Egyptian Ministry of Foreign Affairs in its contemporary form in 1922.

He stressed that moving to the New Capital will contribute to developing government performance and improve Egypt’s image in the 21st Century.

Reda called on the foreign ambassadors – who expressed great appreciation for the achievements they saw during the field tour – to convey the image of modern Egypt to the capitals of their countries,

He pointed out that work continued in the administrative capital over the past two years, despite the Corona pandemic and its consequences, which slowed the pace of many major projects in many countries of the world.