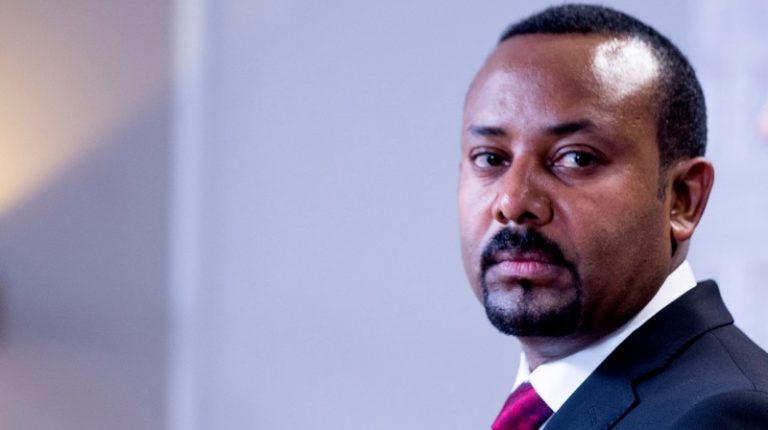 “For there to be peace in Ethiopia, this [Abiy Ahmed] regime must be removed and an inclusive transitional government must be put in place,” an Oromo group allied with Tigrayan fighters told Daily News Egypt early Friday.

His statements came as US special envoy Jeffrey Feltman was in the Ethiopian capital Addis Ababa meeting with several senior lawmakers in a bid to reach an immediate ceasefire.

“The Abiy regime has proven itself to be a bad faith actor in our previous attempts to negotiate a peaceful resolution. For there to be peace, this regime must be removed and an inclusive transitional government must be put in place. This is a foregone conclusion, if any negotiation takes place it will be in regards to how to ensure the removal of the Abiy regime can be done in an orderly manner that avoids unnecessary bloodshed,” Oromo Liberation Army (OLA) spokesperson Odaa Tarbii told Daily News Egypt.

The OLA was the armed wing of the opposition party the Oromo Liberation Front (OLF) before they split. The Oromo are Ethiopia’s largest ethnic group and the leading force behind bringing Prime Minister Abiy Ahmed to power. Now, many of their political leaders are currently in jail.

Also on Friday, nine anti-government factions in Ethiopia announced the formation of an alliance. The United Front of Ethiopian Federalist and Confederalist Forces includes the Tigray People’s Liberation Front (TPLF), which has been fighting the central government for over a year and the OLA.

Tarbii said that the OLA will spearhead all operations within Oromia- including any regarding Finfinne (name of Addis Ababa in the Oromo language) – “but we will be working in coordination with our allied forces, including the Tigray Defence Forces (TDF).”

“In a post-Abiy scenario, OLA forces will be responsible for maintaining peace and safety in the city,” he indicated.

The aim of the new alliance is “to reverse the harmful effects of the Abiy Ahmed rule on the peoples of Ethiopia and beyond,” the organizers said, and “in recognition of the great need to collaborate and join forces towards a safe transition.”

The OLA spokesperson revealed that they along with their allies plan is to establish an interim government that will stabilise the country and prepare for an inclusive transitional conference between all stakeholders.
He ruled out secession, saying “it is not our decision to make, it is in the hands of the people and when the time comes they have the right to request it as prescribed in the constitution.”

“As of now, we are focused on removing this dictatorship, stabilizing the situation, and putting an end to the bloodshed. Our coalition comprises representatives for all the regions you mentioned [Somali, Afar, and Benishangul-Gumuz] except for the Amhara. The Amhara people have a big role to play in ensuring a successful transition and we are confident they will reject the Abiy dictatorship and participate in the inclusive dialogue we aim to foster.”

On Tuesday, the Ethiopian government declared a six-month state of emergency and called on the capital residents to register their weapons and prepare to safeguard their neighbourhoods.

The conflict has caused a humanitarian catastrophe, with the UN estimating that 5.5 million people face acute food insecurity. Over 400,000 people in northern Ethiopia are experiencing famine-like conditions – more than in all of the humanitarian crises in the rest of the world combined.

All parties involved in the escalating conflict in Ethiopia’s Tigray must stop fighting immediately, or else risk pushing the region’s catastrophic humanitarian situation “over the edge”, the UN High Commissioner for Human Rights, Michelle Bachelet, said on Wednesday.

UN chief extremely concerned about escalation of violence in Ethiopia