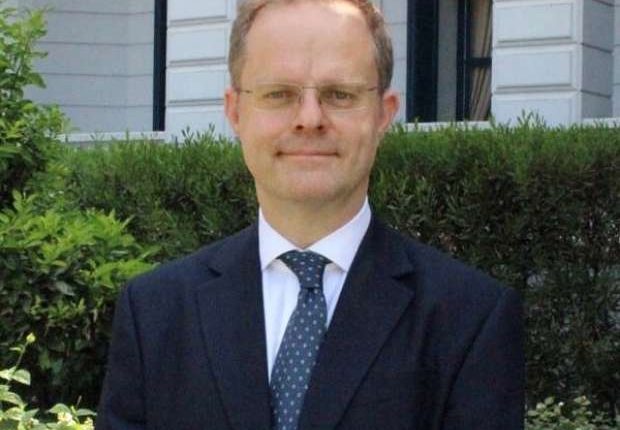 UK Ambassador to Egypt Gareth Bayley said the relationship between the two countries is truly going from strength to strength.

“We have just witnessed a memorable visit by the Prince of Wales and the Duchess of Cornwall, returning to Egypt after 16 years, and our cooperation across the board – from climate to culture – is closer than ever,” he added.

UK Minister of State for Defence Procurement Jeremy Quin MP has concluded his official visit to Cairo this week to head the UK high-level delegation in the second edition of Egypt’s Defence Exhibition (EDEX 2021). The exhibition which took place from 29 November to 2 December 2021 at the Egypt International Exhibition Centre (EIEC), included the participation of British companies in defence and security fields to showcase the latest technology across land, air, sea, and cyber.

The Minister also witnessed the signing of the BAE Systems contract . The landmark contract was signed by Monaseh and BAE Systems’ Regional Managing Director of MENA, Steven J Kelly. It is considered the biggest UK defence agreement with Egypt in two decades.

Ahead of EDEX 2021, Sampson attended the Egyptian Air Power symposium on 28 November, where he held bilateral talks with Commander of the Egyptian Air Forces, Mohamed Helmy, to discuss current and future aviation engagements between the two sides.

Making remarks at the end of his visit, Minister of State for Defence Procurement Jeremy Quin said: ’’I am delighted to visit Egypt to lead a strong UK delegation in EDEX 2021. It was a great privilege to have fruitful discussions with Egyptian Defence Minister General Mohamed Zaki, Commanders of Egyptian Navy Ahmed Saeed and Air Defence Forces Mohamed Monaseh. Such bilateral talks and interactions with UK military-industry exhibitors were a significant reinforcement of our mutual cooperation with Egypt and keenness to explore how we can build an even stronger relationship in the future.’’

DSAME also commented: ‘’I feel privileged to be back in Egypt so soon again after supporting the historic and successful visit of His Royal Highness the Prince of Wales and The Duchess of Cornwall. I have been given the great honour of representing our Chief of Air Staff at the Egyptian Air Force’s Air Symposium, talking about the challenges of climate change and how Defence can contribute to tackling this global problem. I was also able to support our Minister for Defence Procurement at EDEX21 as we drive forward our bilateral defence-industrial collaboration. We saw a busy period of bilateral engagements that reflected the strength of our deep partnership with Egypt.’’

For his part, the UK Ambassador said that defence is an essential part of the UK partnership with Egypt. That is why the UK is proud to be participating in this year’s EDEX, with more than 15 British companies representing the best of the British defence industry. “With the signing of the most recent deal between BAE Systems and the Egyptian Air Defence Forces, the UK and Egypt are demonstrating our clear commitment to developing our defence partnership further, and working collectively in the interest of global peace and security,” he concluded.