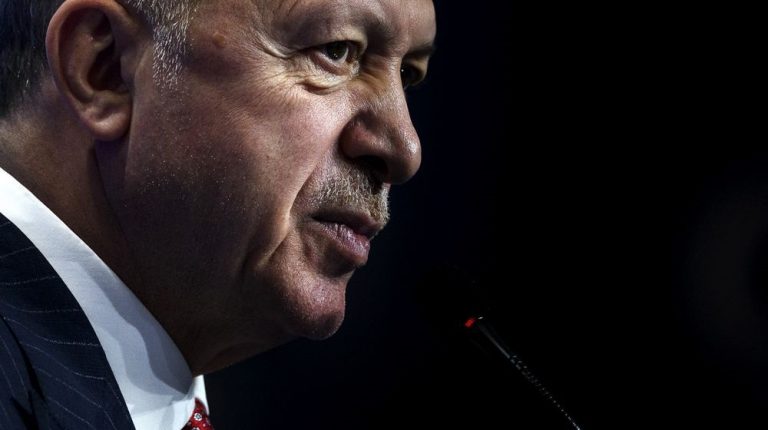 Despite all the attempts of Turkish President Recep Tayyip Erdogan to absorb the shock of the decline in the exchange rates of the Turkish lira to unprecedented levels, as a result of his economic policies that have been widely described as unwise.

This decline came after the economic success for which the Justice and Development Party (AKP) has been famous, since its rise to power in the country, nearly 20 years ago.

The rise of the Justice and Development Party in Turkey was impressive, not because it is a party based on an Islamic background that ascends to power in the state of Mustafa Kemal Ataturk, the founder of modern secular Turkey.

But the source of this dazzle was the success of the fledgling party – founded in 2001 – in dealing with economic crises that burdened the Turkish reality. In 2002, the Justice and Development Party led by Erdogan – the longest-serving leaders of modern Turkey – won power, following the worst recession in the country since the 1970s, based on promises to end the mismanagement and stagnation that had long frustrated Turks looking for a better life.

Erdogan, who was prime minister at the time, took advantage of the economic recovery and a diplomatic shift towards the West to achieve prosperity over ten years. Poverty and unemployment have fallen sharply; inflation touched 5% after it was in the hundreds 10 years ago, which boosted the demand of Turks and foreigners on the Turkish lira.

That was the first decade from 2002 to 2012. The success was impressive, and Turkey was the subject of discussion as a pioneering development experience, until things began to change, and Erdogan’s ambitions differed, which brought him to the current situation. His appetite escalated to expand and establish himself as a territorial power.

Meanwhile, the Arab environment was witnessing wide political transformations, whose resonance was heard from the ocean to the Gulf in varying degrees, and a different level of disparity in dealing with them. They are different in order to prevent access to the collapse of their ruling political systems, and the rise of the Islamic trend clearly in the countries of revolutions.

In the meantime, Erdogan’s appetite expanded, and he seemed to see himself as the godfather of the region, after the fledgling Islamic currents and parties at the time flocked to the owner of the experience of the Turkish Renaissance in the past 10 years, then Turkish diplomacy gradually turned to reach hard power, from Syria and Iraq to Libya, and frictions in the eastern Mediterranean with the Cypriots and Greeks.

The Turkish experience began to lose its momentum, and then the Islamic parties fell in succession, as a result of policies that did not receive a wide resonance in the streets of the Arab region.

The lira crisis began with the escalation of various economic challenges that put pressure on the global economy, including the Turkish economy, which appeared in conjunction with the Coronavirus pandemic, and exacerbated after that. Then, the Turkish currency began to decline rapidly, with the presidential approach to pressure towards lower interest rates pursued by Erdogan, and high inflation.

The slide was driven by the Turkish president’s insistence – since last summer – that interest rates should go down, taking the unorthodox view that higher rates lead to higher inflation.

As the crisis escalated, Erdogan did not back down, but rather doubled down on his approach, stressing that he would never give up his opposition to higher interest rates. He argues that by keeping interest rates low, consumers will be more eager to keep shopping and businesses will be more inclined to borrow and invest money in the economy; which seems to be misplaced, with the vast remittances made by citizens to convert their money into dollars, and the spread of dealings in the capital’s streets and central cities in the American currency.

Daily News Egypt turned to experts and observers of the Turkish issue, to look into the current scene, and learn about the paths available to President Erdogan to deal with the current crisis, and the impact of this on the regional stations in which Turkey is engaged, as well as the fate of calls for early elections, without the wait until June of 2023 the official scheduled date.

Ambassador Gamal Bayoumi, former assistant foreign minister, said that the crisis that the Turkish economy is currently experiencing came as a result of a number of political tracks that led to a state of confusion in the exchange rate of the Turkish lira.

Bayoumi added that there is no doubt that Erdogan’s policies and the clash that occurred before that between him and the leaders of the central bank had wide negative effects on the current economic scene, which led to a state of confusion when following up on the news from Turkey.

He added: “When we look at Turkey from here in Cairo, we deal with it as a large people and a country with weight on all levels that are taken into account. There has been diplomatic communication and meetings, so our official speech does not bear any slander or hostility to Turkey.”

But in this context, he said, we have to distinguish between what we are talking about about the Turkish state, with which we look forward to full and complete cooperation, for the benefit of the two peoples. President Recep Tayyip Erdogan seems to have some illusions of vigilance controlling him, which requires that we “wait and see”.

He explained that there are upcoming elections in Turkey, which are scheduled for June 2023, so we must maintain dealing with Turkish institutions, and continue any joint diplomatic communication, so as not to become a rupture with the Turkish state. Either Erdogan’s stay or his departure will be decided by the elections, so It is not in our interests to completely distance ourselves from the relations between us and them.

He referred to Egypt’s presence in the group of eight developing countries “D8”, which includes, besides Egypt, Turkey, along with the rest of the group’s members: Nigeria, Pakistan, Iran, Indonesia, Malaysia, and Bangladesh.

Egypt will chair the D8 in 2023, and this presidency adds more vitality due to the Egyptian leading role in the field of development and its diplomatic activity, at a time when member states wish to strengthen their relations to double the volume of trade exchange between them, and that there is an action plan for the next ten years in line with the desire of members to expand areas of cooperation.

The senior Egyptian diplomat said that Egypt succeeded during the last period in strongly drawing up its policies against Turkey in the regional files that affect the Egyptian national security, whether in the Libyan file or the Eastern Mediterranean file, which proves the ancient role of Egyptian diplomacy and the regional weight of the state.

Therefore, the current crisis facing Turkey will not affect much in the direction of the related regional files that touch with Egypt.

Bayoumi stressed that it is in Turkey’s interest to respond to everything that enhances cooperation, whether with Egypt or its immediate regional surroundings, and to abandon any paths that increase any burdens it faces, because the door of cooperation and partnership is a key to development that is in the interest of all. There is also no doubt that with any current economic challenge or pressures in Ankara, will also limit ambitions that we can consider reckless, and policies that are not in the interest of regional cooperation.

Karam Saeed, an expert on Turkish affairs at the Al-Ahram Center for Political and Strategic Studies, said that the crisis in the Turkish lira came due to the adoption of illegitimate economic theories, which led to a decline in the shares of companies in the Turkish Stock Exchange, and a mass withdrawal of foreign investments in huge amounts at the height of the crisis. This resulted in the major decline in the Turkish currency, which clouded the markets with great uncertainty, harming citizens and investors, and of course the political system, especially President Recep Tayyip Erdogan.

He added that the effects of the economic repercussions that Turkey has been experiencing for some time, and which reached their climax in the past few days, have appeared in Turkey’s foreign policy orientations. This situation forced Turkey to find common ground with Cairo in many files, leading to holding joint meetings between foreign officials of the two countries, as well as its openness to reconnect with the GCC states.

He pointed to a variable that he considers very important and significant as it shows the extent to which Turkey has taken several steps back, and tried to control its policy in a large part, which indicates the success of the Arab security strategy in which the policies of the central Arab countries were united towards the undesirable Turkish moves in the region, which is the visit of the Emir Mohammed bin Zayed, Crown Prince of Abu Dhabi and Deputy Supreme Commander of the UAE Armed Forces, to Ankara, announcing the establishment of a $10bn fund to support investments in Turkey.

The expert on Turkish affairs at Al-Ahram Center explained that this visit would not have taken place without great control over Turkey’s policies towards the region, and the success of the Egyptian pressure, which charted the course of the Turks’ movements in Libya some time ago, which greatly limited the tampering with those files that represent national security for Egypt and the Arabs.

He stressed, that the Turkish military spending on 3 fronts in Libya, Syria and Iraq, and all the Turkish reviews it has conducted in recent years, all of this is currently being paid for, so the decision-maker in Turkey realized that he had to listen to logic and abandon a lot of illusions, which is what is currently happening. So, the Turkish foreign policy was greatly affected by the previous three fronts and has already begun to change, and it will not continue as it was in the past.

Regarding the pressure of the Turkish opposition towards going to early elections, he said that the Turkish president confirmed in his letters that he will not go to this scenario, and that the elections are as they are on their scheduled date in the middle of 2023, indicating that the current situation does not serve Erdogan. Therefore, for him to decide to respond by himself to these pressures means the suicide of the ruling Justice and Development Party and its leadership, which he will certainly not accept, which calls for reliance on the legitimacy of the official date for the procedure.

Regarding the possibility of Erdogan leaving his position in the upcoming elections, he said that it is still too early to predict this possibility, especially since the Turkish economy has not reached the point of collapse as some imagine. Yet, his presence is under threat as the economy shakes. But so far there is not a single union of the opposition united to work to defeat Erdogan, if they wanted to do so.