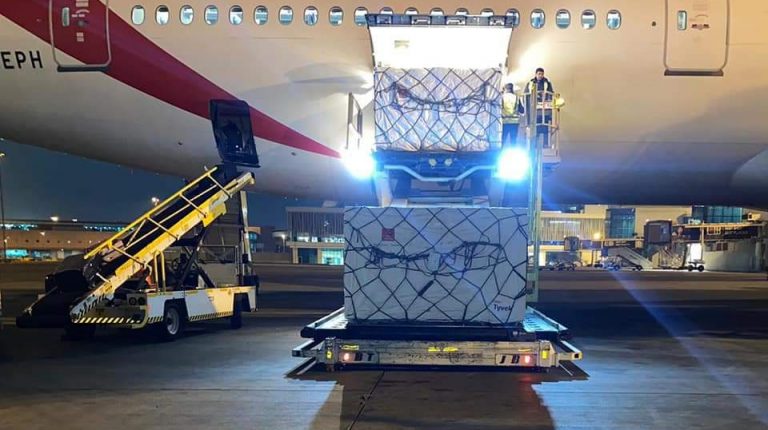 Khaled Abdel Ghaffar, Minister of Higher Education and Acting Minister of Health and Population, announced on Saturday that Egypt received 3.9 million doses of the AstraZeneca coronavirus vaccine from the United Kingdom through the COVAX mechanism last week.

Abdel Ghaffar hailed the UK’s support for Egypt by sending this shipment of vaccines, which was received at the Cairo International Airport.

The Spokesperson for the Health Ministry, Hossam Abdel Ghaffar, stated that the shipment of vaccines will be subject to the necessary examinations in the laboratories of the Egyptian Drug Authority (EDA) before being distributed to the vaccination centres, pointing out that the AstraZeneca vaccine was approved for emergency use by the World Health Organisation.

Furthermore, British Ambassador to Egypt Gareth Bayley expressed his pleasure to witness the arrival of the shipment of vaccines.

He asserted that this shipment aims to help support the Egyptian government’s response to the COVID-19 pandemic and that it was donated by the UK through COVAX with the support of UNICEF and the WHO.

The British ambassador added that the United Kingdom is committed to ensuring the fair and equitable distribution of vaccines, asserting that the UK will continue to support Egypt in tackling this pandemic.