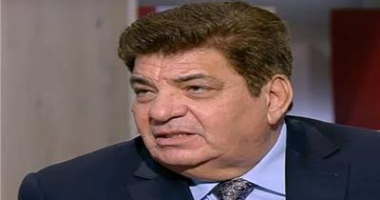 Luxor attracts the largest segment of cultural tourism coming to Egypt. It is considered the storehouse of the ancient Egyptian civilisation, with more than 800 archaeological sites and shrines that contain the most wonderful human heritage inherited by Egypt.

In 2021, Luxor witnessed many different archaeological projects and discoveries that dazzled the whole world.

All eyes were on Egypt on 25 November when the country broadcasted the reopening of Luxor’s Avenue of Sphinxes.

This event was to promote Luxor as the largest open museum in the world and showcase its diversity of touristic offerings along with its rich history, especially after the completion of the restoration project of the Great Hypostyle Hall at Karnak Temple, developing lighting systems and restoring the hall of the 14 columns of the Great Colonnades Hall of Amenhotep III and Luxor Temple, in addition to developing Luxor’s infrastructure.

Experts say that demand for tourism in Luxor increased ahead of the event, so Daily News Egypt interviewed Mohamed Osman, the Head of the Committee for the Promotion of Cultural Tourism in Luxor, to learn more about the impact of this event on tourism and the plans of the committee in 2022 to maintain what was achieved from this amazing event.

He also disclosed his expectations for the tourism sector in Luxor in 2022 as well as the challenges it may face.

How did the reopening of the Avenue of Sphinxes positively impact the tourism sector in Luxor?

First, the event was widely covered by 120 international channels and 82 journals and magazines. Additionally, 65 features were conducted on Luxor and its value, promoting the city as the largest open museum in the world and showcasing its diversity of touristic offerings and rich history.

Furthermore, tourism companies changed their tourist programmes to prolong or expand tourists’ stay in Luxor to enjoy the avenue and the city after the great development it witnessed.

I want to mention that the infrastructure that was developed in parallel with the avenue has a very important role in marketing tourism, especially concerning linking the coastal governorates with Luxor, Aswan, and Sohag.

What are the plans of the Committee for the Promotion of Cultural Tourism in Luxor in 2022?

We have a lot of plans for 2022. The committee has begun arranging to set an agenda of events to attract tourists to different Egyptian destinations in general and cultural tourism in particular.

We are planning to hold by the end of March the first festival for ancient Egyptian fashion and its evolution throughout time.

The Cultural Tourism Promotion Committee in Luxor is choosing some written pieces of literature similar to the chant of Isis that was played in the Pharaohs’ Golden Parade in the National Museum of Egyptian Civilisation, and musically composing it in a beautiful way to perform it in front of archaeological sites in Luxor.

Additionally, we aim to expand the Bridge of Civilisations —an initiative to invite artists from various markets exporting tourism to Egypt to create artworks inspired by Ancient Egyptian civilisation.

Last year, Bridge of Civilisations hosted artists from four countries. This year, until April 2022, we target to host about eight artists from around the world to work on promoting tourism abroad.

The committee is also coordinating with some countries, including Italy, Belgium, France, and Holland to hold a mini B2B tourism exchange in Luxor. We are currently arranging with them the idea of hosting a group of tourism companies from each country so that we can create a mini tourism exchange instead of the ones that have been cancelled due to the pandemic.

What are your expectations for tourism flow to Luxor in 2022?

My expectation is very promising. I think if the rate of the spread of the Omicron variant around the world decreases, tourist flow to Luxor could reach 100% sooner. Tourism flow to the city is currently very good.

I expect cultural tourism to grow more in 2022. We are witnessing that — for the first time —Russian tourists who have a high spending average are beginning to partake in cultural tourism, which is a very important thing.

We should bear in mind that the Russian market was always known for recreational tourism, but this change in trends is a good indicator.

Among the reassuring things, Japan was determined to allow its citizens to visit Egypt in November 2022, however, it rescheduled it to an earlier date —February 2022. This is a result of the confidence Japan has in Egypt’s precautionary measures and the Egyptian tourism product itself.

What about the top nationalities that are expected to visit Luxor in 2022?

The Ministry of Tourism and Antiquities will be hosting an event in celebration of the sun alignment on Abu Simbel Temple this year due to the special date of 22/02/2022, so what role will be played by the committee in this event, given that Luxor and Aswan are very near?

Every year, our committee provides buses to transport the people who want to see the sun alignment at Abu Simbel Temple from Luxor to Aswan to attend this event and return by the end of the day.

What are the challenges ahead of us in 2022?

The biggest challenge is to maintain the coronavirus precautionary measures.

We need to complete the training system not only in the facilities subject to the ministry but also one- and two-star tourist facilities that are directly under the control of the local government.

We also have to fully commit to the process of maintaining the minimum prices of hotels.

Furthermore, we need to focus on transforming cultural tourism to prioritise quality instead of quantity and to focus on drawing high-spending tourists back to Luxor.

We also aim to maintain and preserve the infrastructure that the state has developed in all tourist governorates.