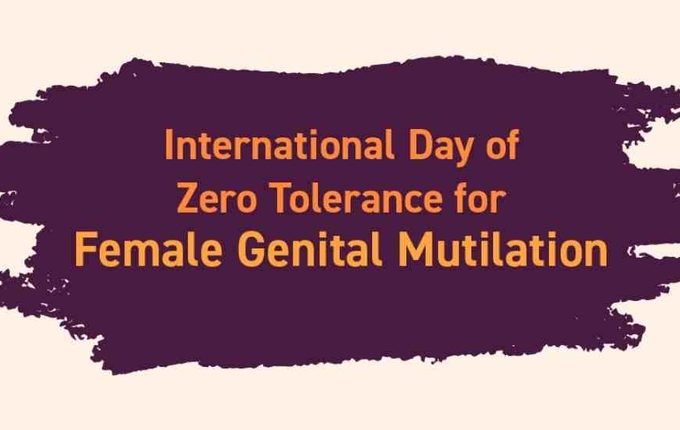 6 February marks the International Day of Zero Tolerance to FGM. The theme of this year is ‘Accelerating Investment to end the FGM’. UNFPA and UNICEF embrace the vision of the 2030 Agenda for Sustainable Development to end harmful practices, particularly, FGM. The two agencies have been co-leading the largest UN Joint Programme on the elimination of FGM since 2008.

“Through this joint initiative, in 2020, more than 2.2 million people from 16 countries made public declarations on FGM abandonment. Additionally, more than 570,000 girls and women received services in health care, social welfare, and access to justice, and 90,302 girls across 3,622 communities gained skills and knowledge to advocate for their rights and become agents of change. With partners, there have been accelerated efforts to end FGM in the region through the UNFPA – UNICEF Joint Programme on the Elimination of FGM,” they said.

They mentioned that yet, there is a need to scale up current programmes and address the challenges that lay ahead. They revealed that FGM has severe and long term physical and mental implications on the lives of girls and women. The region has 50 million cases of FGM, accounting for a quarter of the global FGM cases.”

“This year marks the launch of Phase IV of the UNFPA-UNICEF Joint Programme, guided by a new vision: ‘A world free of FGM, where girls and women have voice, choice and agency’. Positioning girls and women at the driving seat to eliminate this harmful practice, can only be achieved through accelerated collective and multisectoral action at the community, national, regional and global levels. In this phase, The Joint Programme will (i) expand opportunities for women’s and girls’ agency; (ii) promote enabling family and community environments; (iii) build and expand a global youth movement grounded in adolescent girls’ leadership; (iv) strengthen governance to end FGM; (v) strengthen the capacity of rights holders and duty bearers; and (vi) bridge the gap between evidence generation and uptake of research to eliminate FGM.”

“Achieving zero FGM cases requires a true collaboration and coordination of stakeholders at the community, national, regional, and global levels,” they concluded.