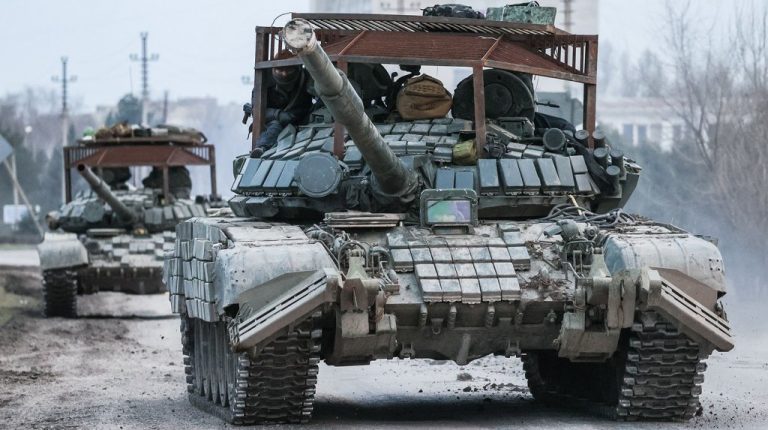 The Ambassadors of Canada, France, Germany, Italy, Japan, the UK, US, and EU (G7) in Cairo released on Monday a joint statement in which they condemned the Russian military’s actions in Ukraine and called on Egypt to condemn them at an urgent UN General Assembly meeting scheduled to take place this week

“With the military attack on Ukraine, the Russian government is breaking with the most elementary rules of the international order in an unprecedented manner before the eyes of the world,” the statement read.

The statement said that on Monday in Ukraine, there are babies being born in bomb shelters and metro stations. Apartment blocks across Kyiv are scarred with gaping holes from rocket attacks. Civilians young and old, men and women, many of whom will never have held a gun in their lives, are volunteering bravely to defend their country against an illegal and unjustified invasion in violation of the sovereignty of their country.

The G7 leaders are unanimous on the need to take strong and decisive action against Putin’s regime, according to the statement.

“Our leaders have decided to implement wide-ranging sanctions targeting vast sectors of the Russian economy. The Russian stock-market is already nose-diving as panicked investors try to shift money out of the country. This will only increase, as we continue to implement the harshest sanctions ever imposed on a major economy. Putin has made a strategic mistake of grand proportions and the truth of this will only become clearer.”

Furthermore, the ambassadors said “but today is not just about the situation in Europe. No country in the world can accept the sovereignty of others being up for grabs when its stronger neighbour wants it. The international community cannot accept unjustified violations of the principles of the United Nations Charter, in particular the prohibition of the use of force. Russia’s attempt to destabilise the international order will have repercussions also for the Middle East and Africa, including Egypt.”

They explained that Egypt is already suffering because of the Russian aggression. Egypt is the largest wheat importer in the world, and Ukraine is one of the largest suppliers. Now this vital trade is threatened by needless war inflicted upon Ukraine by Russia.
“Russia’s war of aggression means wheat prices and foodstuff prices will rise across Egypt and across Africa. Millions of Ukrainian tourists, who love and appreciate Egypt and the uniquely Egyptian sense of warmth and hospitality, will be prevented from coming, directly damaging the Egyptian tourism industry. It did not have to happen,” they added.

With regard to the Ukrainian tourists currently stranded in Egypt, the G7 ambassadors welcomed the assistance provided by the Egyptian authorities until their safe return can be guaranteed.

“The Russian invasion in Ukraine is threatening the foundations of international peace, stability, and the rules-based international world order.”

UN Secretary-General Antonio Guterres has condemned this breach of the UN Charter in clear words and asked Russia to stop the attack and withdraw from Ukraine. He has made it clear that this is a global crisis that affects every UN member state.

He added that Russia using the term “peacekeeping” is a “perversion,” adding that there was no genocide in Eastern Ukraine.

“There is zero evidence to support this Russian disinformation. This war of President Putin’s choosing shatters the foundations of the UN Charter. No UN member state can be sure that its borders, its existence, would not be called into question tomorrow. Russia does not even pretend to act within the Charter.”

“What we need now is a clear and unanimous condemnation of this attack by all UN member states in light of its military aggression.”

“We need to stand by Ukraine and reiterate our unwavering commitment to the territorial integrity and sovereignty of Ukraine within its internationally recognized borders and by the UN Charter,” he asserted.

“We are sure that the government of Egypt upholds the same principles of peace, stability, and the integrity of the international-rules based order. Egypt is a country which has quite rightly prided itself on its consistent stance in matters of foreign policy. Ever since President Nasser, Egypt has championed non-intervention as the founding principle of the modern international order and has been a firm believer in the importance of the UN and a staunch adherent to the principles of the UN Charter.”

Additionally, the ambassadors said that Egyptians know the value of diplomacy and dialogue and respect the honour of standing up for the rights of others.

The UN General Assembly is meeting in an emergency session this week to discuss the crisis in Ukraine.

“We look forward to our partners, including Egypt, upholding the fundamental principles of the UN Charter,” the G7 ambassadors concluded.

Ukraine operation should make Western policies change, otherwise US and NATO will be under threat too: Russian ambassador in Egypt