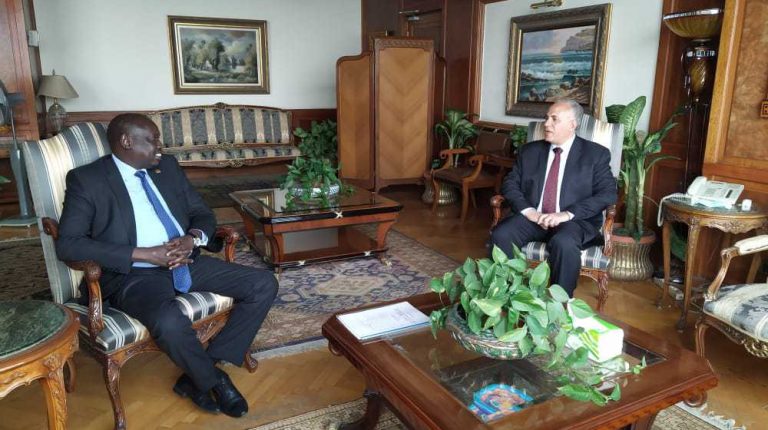 During the meeting, Abdel Aty welcomed the South Sudanese minister, pointing to the strong relations between the two countries. For his part, Manawa expressed his country’s aspiration to achieve more cooperation between the two sides in the field of water management.

The meeting addressed the position of the projects that have been implemented or are currently being implemented to serve the citizens of South Sudan, especially those that provide drinking water and protection from flood dangers.

“Egypt is implementing the projects requested by the people of South Sudan so that these projects reflect their actual needs,” said the Egyptian minister.

Abdel Aty stated that the cooperation between the two countries extends for many years, during which several development projects were implemented that directly benefit the citizens of South Sudan and in a way that contributes to achieving sustainable development and raising the standard of living of citizens.

He further explained that the Egyptian irrigation ministry has established six groundwater stations within Juba, the capital city of South Sudan, and established seven other underground drinking water stations for important government institutions in the capital, such as the main sports stadium in Juba and the College of Law.

Additionally, a lifting unit was also installed to transfer river water to population centres near the waterways in the city of Wau, along with the ministry’s contribution to preparing technical and economic feasibility studies for the multi-purpose Wau Dam project.

A joint memorandum of understanding was also signed between the two countries to implement a project to reduce the risk of flooding in the Bahr Al-Jabal basin during the work of the Egyptian-South Sudanese Joint Committee, which convened in Cairo last July.