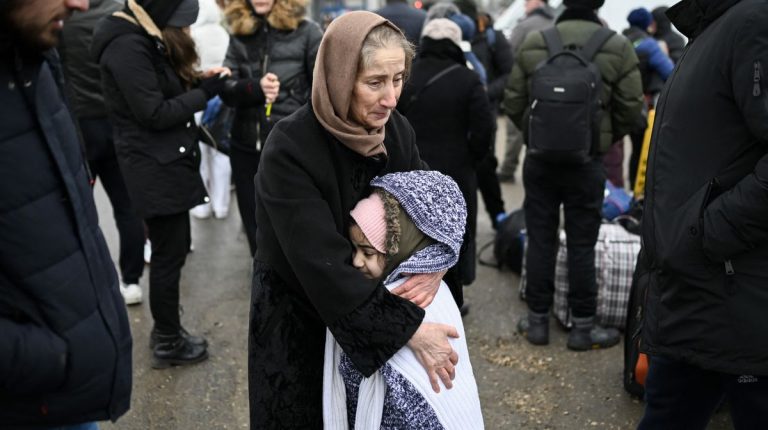 The Russian-Ukrainian war revealed the ugly face of Europe. It showed their racism against Arab and African immigrants despite all the human rights slogans adopted by these countries. They always claimed that they refused to receive more immigrants for economic reasons only.

Today we can say with certainty that there is racism against black people in the United States, against the Palestinians in Israel, and Arabs and Africans in Europe and the United States. After more than two decades since the adoption of the historic Durban Declaration and Program of Action to Eliminate Racism, discrimination continues to permeate the institutions, social structures, and daily life of European societies.

In September 2021, on the occasion of the 20th anniversary of the Durban Declaration, UN Secretary-General António Guterres affirmed: “People of African descent, minority communities, indigenous peoples, migrants, refugees, displaced persons, and many more – all remain the scapegoats for hate, stigmatization, discrimination, and violence.”

These statements were confirmed by many terrifying scenes and remarks that the whole world has witnessed over the past few days. For example, Charlie D’Agata, CBS News’ chief foreign correspondent, said: “This place is not Iraq or Afghanistan…Ukraine is a civilized, European place, and nothing like that should happen there.”

Even Ukrainians also practiced racism against Arabs and Africans, although they know very well now how awful it is to be a refugee. We saw horrific scenes of Ukrainian security men repelling African students, women, and children to prevent them from boarding a train carrying Ukrainian refugees to Poland, beating some of them, and taking others off the train to give their places to Ukrainians.

Just a few months ago, thousands of migrants, mostly from the Middle East, camped out in freezing weather in the forests on the borders between Belarus and both EU members Poland and Lithuania, which refused entry to the migrants, as both sides traded accusations. To ward off the dangers of migrants coming from the Middle East, security efforts from Western countries joined forces to confront the crisis and prevent the influx of refugees.

The Polish Minister of Interior confirmed that his country had deployed 12,000 soldiers on the border with Belarus, saying: “We deployed additional border guard patrols there, and the guards were mobilized, anti-terrorist elements were also sent to the border today. There are also 12 thousand soldiers of the Polish army in the border area.” The same step was also taken by the State of Lithuania. Moreover, the Polish authorities announced their intention to build a border wall costing more than €350m to prevent the entry of migrants.

Despite this, countries that for years have resisted taking in refugees fleeing the bitterness of wars in Syria, Iraq, and Afghanistan are now opening their doors to Ukrainians. Surprisingly, Poland, with the help of American soldiers and diplomats, established processing centers for the Ukrainians.

Poland’s Interior Minister Mariusz Kaminski also said: “Anyone fleeing Russian bombs can count on the support of the Polish state,” while at the same time their guns were aimed at Arabs and Africans fleeing Ukraine to prevent them from entering Poland.

In Hungary, too, the military has allowed Ukrainians to cross parts of the border that were closed. This is although Hungary’s hard-line Prime Minister, Viktor Orban, has previously described refugees as a threat to his country and his government has been accused of locking them up and starving them. Even in the far west, Austrian Chancellor Karl Nehammer said, “Of course, we will receive refugees if necessary.” This is even though he tried to prevent some Afghans seeking sanctuary from entering the country previously when he was interior minister after the Taliban overthrew the government. Sadly, he said in an interview on a national television programme: “The situation is different in Ukraine than in countries like Afghanistan.”

Decades ago, and in the aftermath of World War II, Europe led the world in creating a modern international system for refugee protection, out of the belief that there was an urgent need to protect those who might be persecuted because of their identity or beliefs. However, most European governments have forgotten this. They seem to believe that the protection of refugees is a right for Europeans only and that the rest of the races are not human beings, as if humanity is a right for Europeans only. Indeed, there is no longer room to hide behind false slogans, as all the facts have become clear.