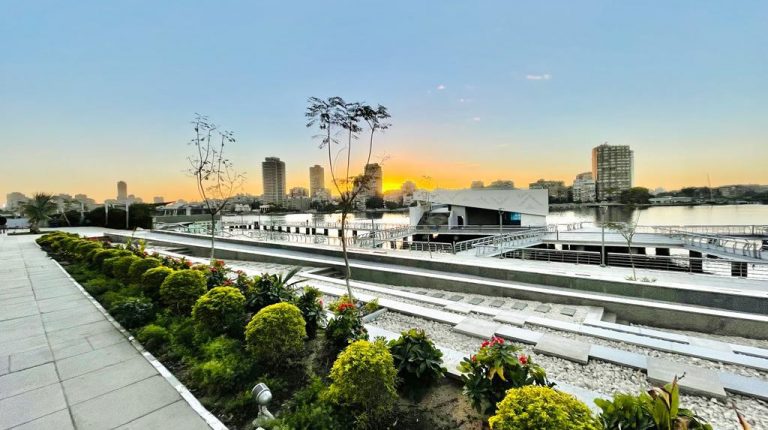 Egypt will open the first phase of the Mamsha Ahl Masr – a two-level promenade on the Nile Corniche – on Friday. The opening ceremony will last for three days.

The first phase extends from the Imbaba Bridge to the 15 May Bridge with a length of 1.8km.

The Cairo and Giza segments of the project will be completed in several phases and involve the development of the Nile’s east and west banks in Cairo and Giza along a length of 54km; 37km on the eastern side and 17km on the western. It allows residents and visitors in cities overlooking the Nile better access to the waterfront and recreational open spaces.

President Abdel Fattah Al-Sisi has directed the government to improve the quality of life and increase the per capita share of green spaces.

The project also provides entertainment activities and parking areas. Additionally, the promenade includes many local and international restaurants and cafes. The walkway will also host several sports activities, including marathons.

The Engineering Authority of the Armed Forces has developed the project in the best way possible in terms of construction and design, and it was keen to provide it with all the dazzling elements to contribute to the tourism movement in the Cairo Downtown area.

The opening celebration will be held in the country’s first floating theatre equipped with the highest technology. Several concerts will be performed by Egyptian and Arab singers as well.