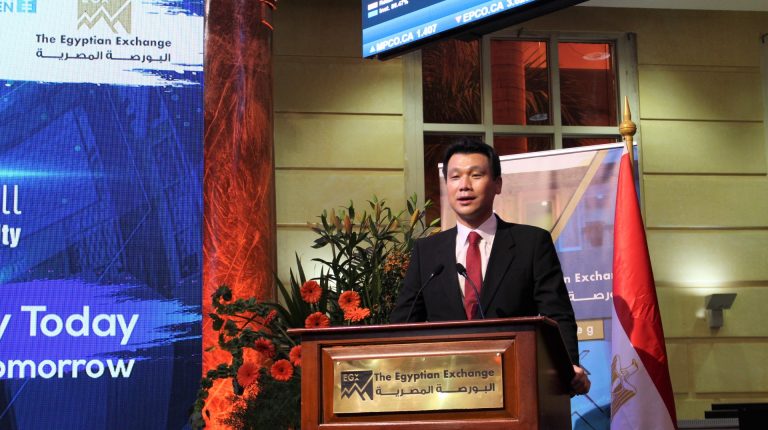 In celebration of the 114th International Women’s Day, Hong Jin-Wook — South Korea’s Ambassador in Cairo — showed strong support for gender equality in Egypt during his congratulatory remarks in the 2022 ‘Ring the Bell for Gender Equality’ event hosted by the Egyptian Exchange (EGX) in Cairo.

Appreciating the efforts and achievements of the Egyptian government for gender equality through various initiatives like the 2030 National Women’s Strategy, Hong reiterated the Korean government’s will to support the agenda, hoping that such cooperation will “make a society where gender equality is [commonplace] so no one needs to stress it.”

Meanwhile, Korea, through the Korea International Cooperation Agency (KOICA), will accelerate the engagement on the ground with local and international partners targeting women’s economic empowerment and response to gender-based violence from 2022.

“Reflecting the strong initiatives of the Egyptian government, such as ‘Closing the Gender Gap Accelerator’, and based on the Women’s Empowerment Principles, KOICA will boost its cooperation on the ground this year by coordinating with the National Council for Women, UN Women, and UNFPA,” said Oh YeonKeum — the Country Director of KOICA Egypt’s Office.