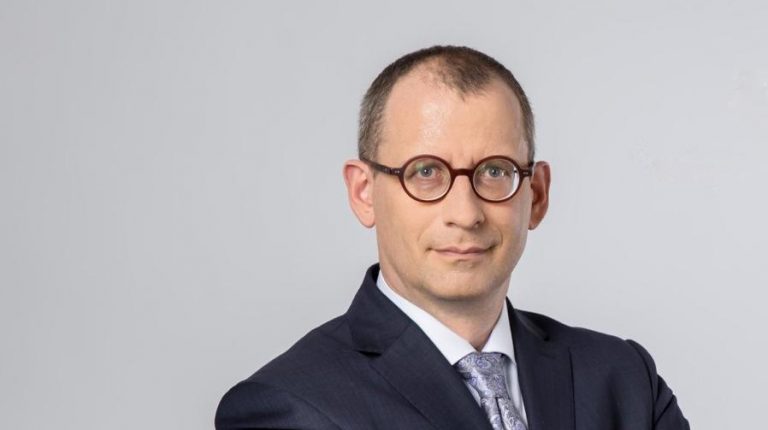 The Russian-Ukrainian war cast a shadow over the neighbouring countries, and those fleeing the scourge of war flocked to them to save themselves. This made the borders of these countries crowded with hundreds of thousands of refugees and created a major humanitarian crisis.

To face this tragic situation, many countries have opened their borders to receive these huge numbers of arrivals. However, many allegations have been raised about discrimination and racism against refugees of Arab and African origin. Daily News Egypt interviewed Polish Ambassador in Cairo Michal Labenda to clarify the situation.

How do you see the Ukrainian refugee crisis on the Polish border?

– The situation is very difficult and is getting worse. This human tragedy is considered the fastest growing  immigration crisis to befall the world after the Second World War. So far, we have around two millions refugees, and the numbers are increasing. Words fail to explain the situation. Only numbers can tell you the extent of the humanitarian crisis. For example, each border checkpoint is prepared to serve at the utmost few thousand people crossing the border, while we receive daily more than one hundred thousand refugees.

There have been many rumors and allegations about the existence of racism in dealing with refugees on the borders, especially with Arabs and Africans, so what is your opinion?

I was very upset when I heard these allegations. I confirm that these allegations are completely untrue and they aim to tarnish the image of Poland and its efforts to rescue refugees. The numbers alone, as I said earlier, can reveal the truth. For example almost 1000 Egyptian have crossed Polish-Ukrainian border so far, alongside 6000 Indians, 3000 Nigerians, 1800 Algerians and the list is very long. But certainly, we are receiving mostly Ukrainians because they are the major victims of the war started by Russia. Other countries take good care of their citizens, their respective embassies do enormous work to accommodate them and secure their return home, while the Ukrainian embassy has simply not enough capacities and people to help everybody arriving. The Ukrainian embassy in Poland is unable to bear such a burden.

But why was there not enough clearance to the media, especially with the spread of many videos on social media that provoke controversy?

On the contrary, I have communicated well with the media, and I do my best to base all my statements on the bare facts. I watched those videos carefully and did not find those allegations in them. It is simply that, according to international law, our border guards give priority to women and children first, so the officers were pushing men to create corridors for women and children of all nationalities, so there was no violence whatsoever, and no actions directed at a particular nationality, country of origin, religion etc.. What confirms my words is that we did not receive any complaints or distress, neither from refugees nor from their respective embassies. Among many refugees we had many Egyptian citizens, who acknowledged and praised the efforts of the Polish government. The South African ambassador also went to the border and confirmed that the situation was of course tense, but she did not see any cases of inadequate or inappropriate treatment. I do not deny that the situation is very difficult, but we have done and are doing our best. I also want to express my pride in the Polish people who drive miles in their cars to go to the border to bring refugees and to host them in their homes at their own expense, as they are aware that the disaster is great and it needs everyone’s solidarity.

Some may link this claim of racism with what happened a few months ago in the Arab refugee crisis on the border between Poland and Belarus, so what do you think?

I confirm that the recent crisis on the border was fabricated by the Belarusian side to pressure the Polish government by hiring elements who tried to storm the border by force, what prompted the government to confront it. What confirms the correctness of my words is that this crisis did not take time and ended as soon as it began. Among people trying to enter the EU illegally there were almost no women or children – it was mostly misled and lured youth.

Some have linked some racist statements by members of the Law and Justice Party towards Arabs and Muslims in Poland with what is happening on the borders. What is your comment?

I strongly deny presence of the hate speech against Arabs and Muslims among Polish politicians. There was only one highly inappropriate  comment from a Polish member of the European Parliament and this was back in 2018; immediately all politicians revolted against him because this rhetoric is not acceptable.

So, what do you think about some of the racist comments that spread, such as the statement of CBS correspondent Charlie Agata about Ukraine being a relatively European country and should not face the same fate of Iraq and Syria?

This is an unacceptable comment, and no one should say this, especially in an important media channel such as CBS. But one a such comment does not mean that there is racism in dealing with Arabs and Africans on the borders. It is just an irresponsible comment by someone who has too low standards to work for any serious media or agency.

Do you think that there is a campaign aimed at demonizing Poland from the Russian side?

Of course, they are very good at this game. I am a follower of the Russian media as I speak Russian and know how they can distort the image of others. For example, they showed a footage of the Ukrainian president a few days ago, when he was talking about his call with President Biden. President Zelensky was tired, which is natural in his situation; the Russians slowed down the speed of this footage and repeated the moment, when he touched his nose as a spontaneous movement from exhaustion. The rhetoric was that president Zelensky is addicted to cocaine, since he touched his nose repeatedly and has slow reaction. All just to distort the public image of the Ukrainian president; as I told you they are skilled in this game.

Do you think there will be any political repercussions for Poland from the Russian-Ukrainian war, as some say that if Putin succeeds in Ukraine, Poland will be the next target?

In fact, nothing is improbable now. All scenarios are expected, especially after Putin started bombing defenceless civilians, as we saw Ukrainian civilians pushing Russian tanks with their bare hands. In fact, no one even expected Putin to do this appalling act. The scenes are horrific and Putin’s next step cannot be predicted. But we hope and rely a lot on Ukraine’s steadfastness, especially since Poland is a member of NATO. If Putin decides to take any military action against it, he will be exposed to a fierce attack by the alliance. I hope that his intelligence will not deceive him and realize that he will lose such a war and I also hope that he will not use any weapons of mass destruction, as the consequences will be catastrophic.

Do you think that the imposed sanctions can deter Russian aggression?

I certainly hope for this, especially since the sanctions imposed are not only by the European Union countries, as there are many countries outside the European Union such as Japan, Singapore, and South Korea. Most of the countries in General Assembly voted against this aggression, except for only five countries, including Russia, and of course, we understand the reasons for each country. But this unanimity between countries confirms that we are on the right track.

Do you see the actual impact of these sanctions on Russia?

Certainly, about ten thousand citizens have fled from Russia so far. Most regions in Russia also suffer from a severe crisis in basic commodities, and authorities are aware of this – for today there are already restriction for purchases of some basic commodities, like sugar, flour and buckwheat. In addition, it is not allowed to transfer more than ten thousand dollars per person outside Russia, and this certainly represents a big problem for workers in Russia from Kyrgyzstan, Tajikistan, and Uzbekistan who are transferring money to their families in their respective countries. On the other hand, there are great losses in the Russian army in Ukraine, where more than fourteen thousand soldiers were killed. Indeed, these soldiers are not officially recognized as dead by the Russian army, but their bodies are present and confirm the magnitude of the losses incurred by the Russian army. For all these reasons, I hope that Putin realizes that he is not going to win this war.

Is there any impact of these sanctions on Poland, especially concerning gas and oil?

Certainly, gas and oil prices are higher, and all countries face some difficulties as a result of these sanctions, but the decision to act against aggression is not an easy matter, so there is a price that we must all pay, as we cannot leave Putin to go further than that. But in all honesty, I am afraid of what is to come. Just as we want to stop Russia, we also really fear that Russia might be a failed state, yet it is Putin who is taking Russia on this path.

Do you have any expectations for negotiations between Russia and Ukraine?

Here I agree with Minister Lavrov when he said that both countries should have the same willingness to negotiate. But it is Putin who does not want to negotiate, as he sets conditions that cannot be accepted, and it was him who violated international laws. For example, he wants to officially recognize the annexation of Crimea and declare the independence of Donetsk and Luhansk, and recognize them internationally, and this violates international law. What does Putin want? Does he want Ukraine to announce its surrender? This is impossible.

How do you see the Polish-Egyptian relations?

We have excellent relations with Egypt. We are now waiting for the Polish President’s visit to Egypt, which I expect will be in early June. And we have a lot of strong trade relations with Egypt, which is constantly increasing. In addition, we signed a cooperation agreement between the Suez Canal and one of the most important special economic zones in Poland. We also have a lot of Egyptian students in Poland. There are also many Polish students studying Arabic in Egypt, in addition to the Polish language being taught at Ain Shams University in Egypt.

Would you like to add something at the end?

I would like to express our full solidarity with Ukraine as we are raising the Ukrainian flag here at the Embassy. We are also working to provide them with a decent life in Poland, where we provide them with free medical and community care, as we allow them to use transportation and hospitals for free, and send their children to study at Polish schools for free as well.

I would also like to express my full thanks to the Egyptian government for its generous attitude towards the Ukrainians stranded here in Egypt, as it provided them with full accommodation in hotels at the expense of the state.