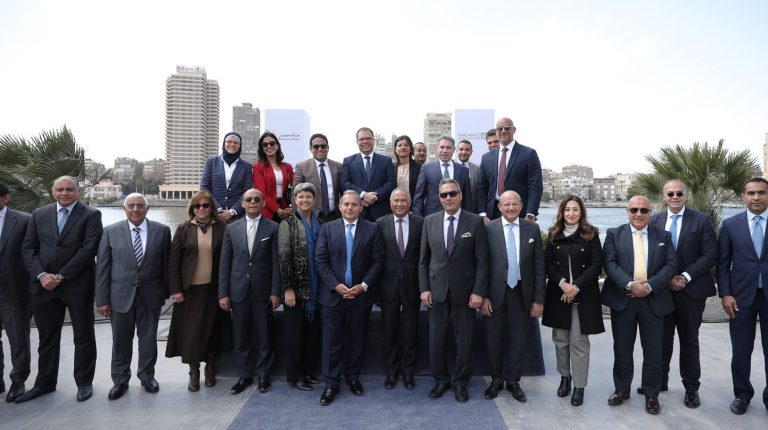 A number of local institutions and banks have launched “Avans Manara” fund to invest in funds supporting the small and medium enterprises (SMEs).

This comes within the framework of the CBE’s directives to support SMEs, because of their importance to the national economy and their clear role in economic development and generating jobs.

“Avans Manara” is the first fund in Egypt that aims to invest in investment funds. It translates the CBE’s February 2021 decision to include banks’ contributions to the capital of “funds of funds” and companies that target investment in SMEs, within the 25% share allocated in each bank’s credit facilities portfolio to MSMEs.

Hisham Okasha, the Chairperson of the NBE, expressed his pride in the fruitful cooperation between the NBE and the participating banks, as well as other financial institutions. This cooperation reflects the role of the banking sector in supporting the Egyptian economy and the country’s development plans, in implementation of the CBE’s vision to support SMEs, as one of the main drivers of economic growth.

Okasha added that the launch of this company comes within the bank’s strategy to impact domestic products and generate new jobs, which supports Egypt’s Vision 2030. The company’s total targeted investments amount to about EGP 2bn, as the value of the first closing of the company’s issued capital amounted to EGP 905m.

Mohamed El-Etreby, the Chairperson of Banque Misr, expressed his happiness to participate in the launch of the investment company in cooperation with the participating banks. “The company plays an important role in developing SMEs, which are main locomotives of the economic and social development process and growth,” he said. SMEs also are main pillars to tackle the issues of poverty and unemployment and encouraging innovation and competition in markets.

El-Etreby indicated that Banque Misr’s leading position in Egypt and Africa always supports this role, and this is reflected in the bank’s strategy which is based on supporting the directives of CBE and the state’s plan towards financial inclusion.

Tarek Fayed, the Chairperson and CEO of Banque du Caire, stressed the importance of this step within the framework of the bank’s keenness on diversifying its investment portfolio, expressing his pride in the participation of Banque du Caire, in cooperation with the NBE as well as the other banks and financial institutions to launch the company.

He pointed out that the bank’s participation in the company aims to increase investments directed to SMEs, by financing the necessary capital for them, whether indirectly or directly.

Fayed added that the company’s plan is based on following the best international practices in managing this type of activity and its applications in Egypt, in an effort to attract international investors.

He added that the bank’s visions and policies focus on supporting the vital sectors in the state, particularly the SME sector, in line with the directives of the state and the CBE in this field, in order to achieve Egypt’s 2030 vision.

Hany Asaad, head of Avans Capital Egypt, said that the new investment company aims to increase investments directed to SMEs, by providing the necessary capital financing for these companies and contributing to investment funds that provide them with the funding they need.

Noteworthy, Avans Capital Egypt was chosen as the manager of the investment company, which is a subsidiary of “Avans Capital”, one of the global establishments specialized in founding and managing investment funds. It is concerned with managing and directing capital and venture capital funds in several emerging markets in Africa, Asia, and South America, as a subsidiary of I-squared which manages global investments worth $34bn.