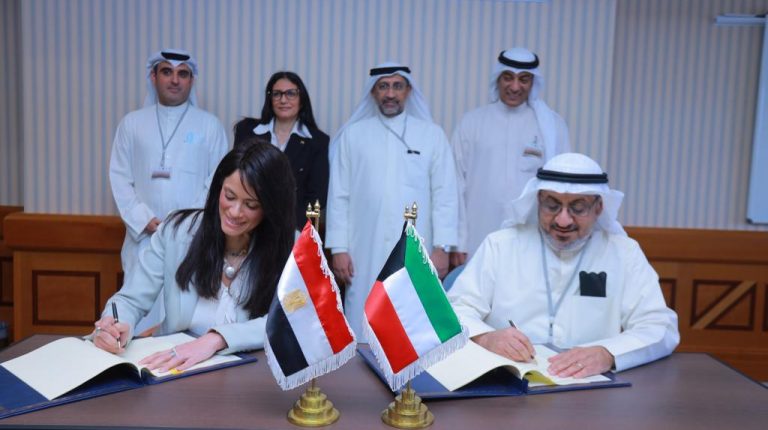 Minister of International Cooperation Rania Al-Mashat signed a grant agreement with Marwan Abdullah Al-Ghanim — the Director-General of the Kuwait Fund for Arab Economic Development (KFAED) — worth 750,000 Kuwaiti dinars ($2.5m) to carry out feasibility studies regarding constructing a railway linking Egypt and Sudan at a length of 570 km.

The agreement is within the framework of the Egyptian government’s vision to foster regional economic integration to offer neighbouring countries with preferential trade access, which is essential both to promote export-led growth and to shelter the region more effectively from the negative impact of future global crises.

Al-Mashat noted that the signed agreement reflects a renewed impetus to establish closer economic and political ties among African states that build on awareness and understanding of past failures.

She added that Egypt shares strong economic cooperation with the KFAED, which contributes to the implementation of many development projects in Egypt such as the Sinai Peninsula Development Programme.

The KFAED has supported the development of 54 projects amounting to $3.6bn since the start of its cooperation with Egypt in 1980 in a variety of sectors, such as health, transportation, agriculture, water, electricity, petroleum, water, and sanitation. It has also provided 14 grants and technical aid worth around $48.6m.